As with the first GUWAVKIT, the installation and setup process for the second GUWAVKIT2 didn’t exactly go as planned. Even after following the instructions, my HDTV still said that it was getting an “unsupported signal” and that I should check the source. 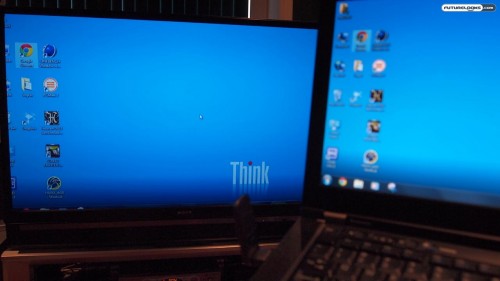 Thankfully, this was quickly rectified by taking out and re-inserting the wireless USB transmitter. It opened up another problem, though: the display on the TV didn’t quite match up that on the computer. It was missing a portion all the way around the perimeter and even when I tried the “fit to TV” function, I had little luck in correcting this.

But at least it works. The other good news is that the transmitter and receiver come pre-paired right out of the box. This is unlike the first GUWAVKIT and it makes the setup process a lot easier to understand. 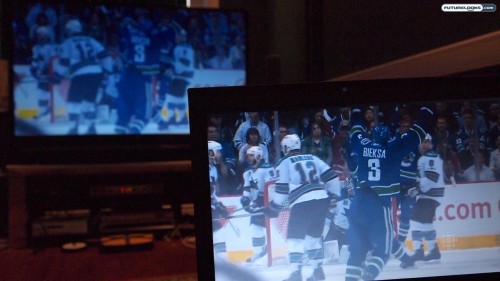 The Iogear Wireless HD Computer to AV Kit says that it supports 720p HD video. To test this, I ran a streaming video from YouTube at that resolution and mirrored it onto my HDTV. The image quality appeared to be reasonable, but the frame rate had a hard time keeping up with the action.

My assumption is that the data fed over the wireless connection has to be compressed, but it still can’t quite handle the information quickly enough. I even noticed this when scrolling through webpages on the Internet; the scrolling as viewed on the HDTV is not nearly as smooth as viewed on the computer screen itself.

Don’t get me wrong. What you end up getting on the HDTV is watchable, but this is not the kind of “seamless” and uncompromised solution that you’d get with a wired connection to your big screen TV.

Is the Build Too Flimsy? 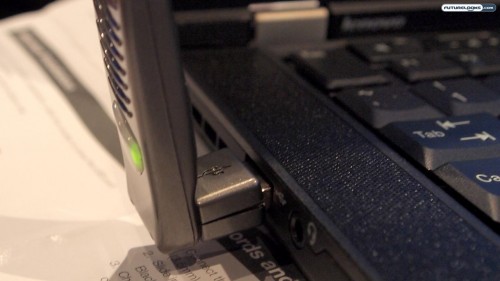 Another concern arose quite quickly during my review session with the GUWAVKIT2. The wireless USB transmitter allows the USB portion to rotate, clicking into each of the 90-degree positions. This is so that the transmitter portion can always be pointed upwards, regardless of the orientation of the USB ports on your notebook PC.

However, I found that the build quality started to break down after only a few minutes. It’s a little hard to see in the picture, but the plastic casing around the USB connector started to split. I also found the “joint” portion got a little wobbly. There was no expection that it would completely crumble, but I would hope for a more robust build.

Iogear did go with a cheaper plastic housing throughout this product, not only on the transmitter, but also on the receiver. Given the MSRP and lack of needed cabling, build quality and choice of materials should be better than this. 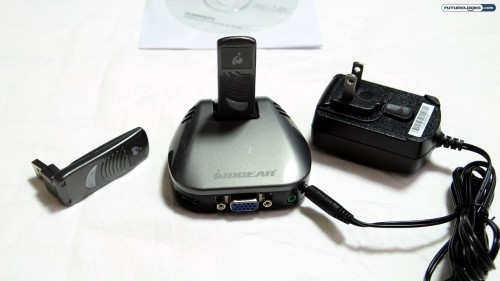 Let’s start with the good stuff. It’s great that Iogear has decided to include HDMI on this product, as it really does streamline the connection. Similarly, having just one A/V receiver rather than separate units for audio and video make for an easier configuration (and a cleaner setup). Support for 720p is good too, but a higher resolution would have been appreciated.

On the down side, the Iogear Wireless HD Computer to TV Kit (GUWAVKIT2) carries an MSRP of $179.95 but recent price drops have it at a more affordable $100 US at a few major retailers. That’s cheaper than before, but it’s still not cheap. It doesn’t help with there is noticeable lag in the video feed. The build quality leaves something to be desired as well, not to mention the “cropped” feed that appears by default. Cables are also optional which makes the out of box experience somewhat incomplete.

If your goal is to watch videos on your HDTV, getting something like the Western Digital WDTV Live is probably a better idea. That’s pretty much the same conclusion I had with the first version. This second iteration is a step in the right direction, but Iogear aren’t quite there just yet.