Using them as Wireless Headphones 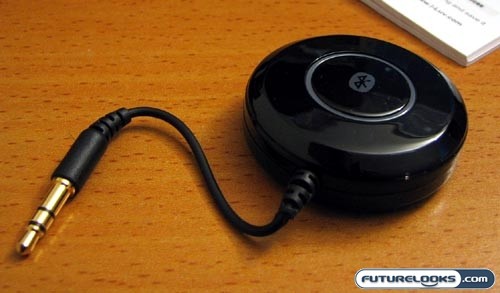 While it is possible to directly pair the iLuv i222 Bluetooth Stereo Backphones with another Bluetooth device, you can also pair this headset to non-Bluetooth devices using the aforementioned audio transmitter. In this way, your iPod can rock the Bluetooth too… sort of. The transmitter is very handy. 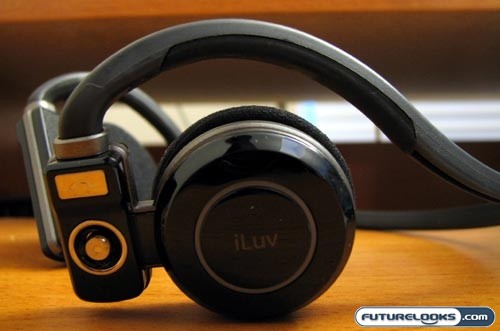 In terms of audio quality when used as a set of wireless stereo headphones, I was pretty happy with these Backphones. Adjusting the volume and skipping tracks was easy with the small joystick on the right earpiece. I also appreciate how the band was very flexible, making for a very comfortable fit. These headphones may leave the audiophiles yearning for something better, but given their Bluetooth nature, I’d say that these iLuv i222 Backphones are pretty darn good.

Using them as a Bluetooth Phone Headset 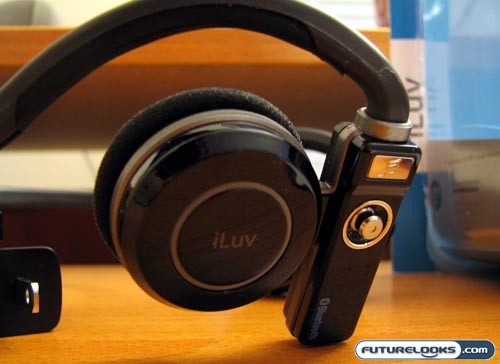 While the iLuv i222 Bluetooth Stereo Backphones were able to work just fine as a set of wireless headphones, they were not nearly as good as a Bluetooth headset for a phone. I was able to hear the person on the other side just fine, but she said that I sounded very faint and distant. It was only when I twisted the Backphones so that the mic was right up to my mouth that I sounded “normal”. That’s not useful at all.

This is largely a matter of personal preference, but I also found the overall design of the iLuv Backphones to be a little strange. Why is there is a big chunky control piece on the earpiece that does not require a mic? That’s not attractive at all. Couldn’t iLuv place the control on the earpiece itself? 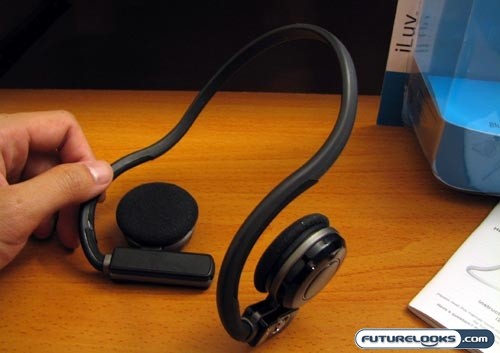 The Bluetooth Backphones work perfectly fine as a set of wireless headphones, providing good sound quality and a decent range (I was able to still get a clear connection from the other end of the house). However, they are not so good when it comes to a cell phone conversation. While the earpiece is fine, the microphone is nowhere near sensitive enough to uphold a decent conversation. I also found the somewhat clunky design of the controls and mic to be a little off-putting.