When it comes to memory cards for our digital cameras and camcorders, we often think of them only when we run out of space. However, in reality, they are actually the most important part of our digital imaging aresenal. Think about it. If your memory card goes bad while you’re shooting on vacation, all your memories can be lost simply because you chose to save a few bucks at the Chinese Night Market. Although there are many brands on the market, no other company has capitalized on the reliability and performance angle more than SANDISK and you pay for that reliability and performance at the cash register. 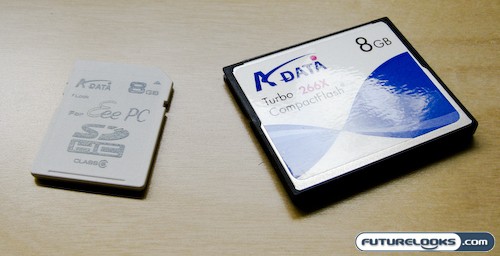 When A-DATA asked me to check out a couple of their newer flash products, I was a little reluctant to take them out in the field. They simply don’t have the name or the mindshare that a SANDISK or a LEXAR has when it comes to high performance and reliability. Also, you really can’t tell if a card will be good or bad simply by running a few benchmarks on it. You really need to try it in different cameras and use it. Basically, just beat on it in day to day use. Despite my hesitation, I have been using solely A-DATA memory cards for all my shooting needs over the last couple months, erasing, formatting, and punishing them just a little more than my highly trusted SANDISK Ultra II compact flash and SD cards.

A-DATA sent me their EeePC branded 8GB SDHC Class 6 card and their Turbo 266X 8GB Compact Flash card and I pledged to shoot like crazy on them and hope for the best. Here’s what happened… 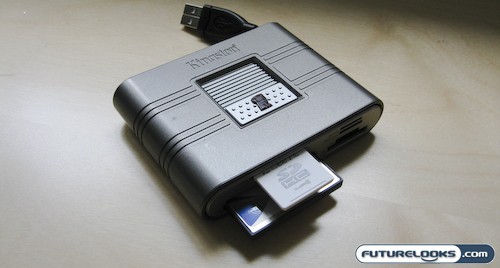 Sticking the two cards into my trusty Kingston USB 2.0 Multi-Card Flash Reader, we ran some benchmarks using HD Tune Pro. We also assessed write speeds using a 594 MB folder full of pictures and videos to do a drag and drop test, timing the length of time it took to complete the transfer to work out the true MB/s. Here’s what we found… 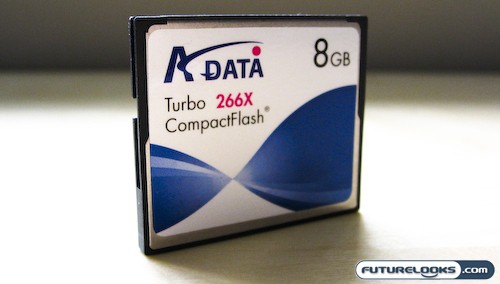 The A-DATA Turbo 266X 8GB Compact flash card boasts a read speed of 40MB/s, but states no write speed, which is important for efficiently shuffling pictures from buffer to card in many DSLRs. The card also supports Error Correcting Code (ECC), wear levelling and a lifetime warranty to give you peace of mind. But of course that doesn’t matter if all your snapshots become un-retrievable. 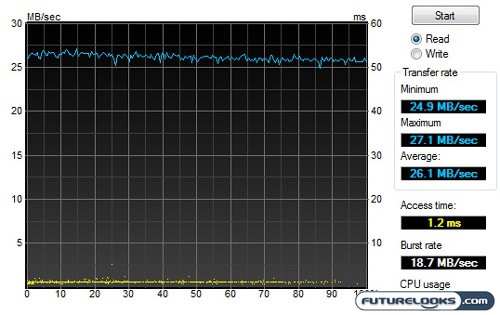 In our benchmarks, we were able get up to a maximum transfer speed of 27.1 MB/s with an average of 26.1 MB/s and no lower than 24.9 MB/s. This is in keeping with the performance of most high performance portable hard drives. We never seem to get the maximum on any card. Of course, you get the super low access times of 1.2ms due to the flash medium. In our write test, it took the card 40 seconds to digest the 594 MB mixed media folder that we sent over, which translates to a real world write speed of about 14.85 MB/s. Considering that SANDISK’s competitive EXTREME IV cards push up to 45 MB/s on both read and write, there’s still a good case for picking up the high end, industry standard cards, if your livelihood is dicated by how long you can hold down the shutter before the card starts to choke.

Pricing wise, while the A-DATA Turbo 266X 8GB cards run $90 – 100 as of this writing, and the SANDISK 8GB EXTREME IV cards run between $160 – 190, you really have to decide if that extra write performance is worth it. While the A-DATA card will get your stuff off the card in a hurry, the massive RAW files you rapid fire shoot may be slowed down by the write speeds. However, if your work is usually studio based or if you do a lot of portrait work, this may not affect you as much since you’re not in a hurry and you can get your stuff off the card just as fast as if you were on the more expensive SANDISK cards.