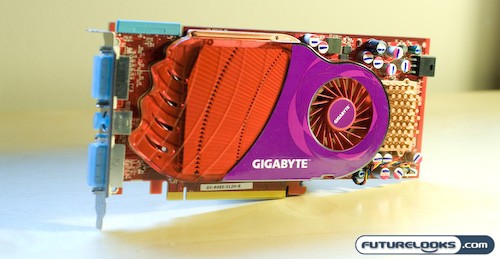 As mentioned, GIGABYTE’s HD 4850 is completely reference right down to the single slot cooler. Again, it’s not a bad thing, especially since the design works. As a single slot design, it also helps you squeeze in extra expansion cards and makes the eventual jump to CrossFireX a lot easier since you’ll be able to install up to four of them more easily on a wider range of boards. The only downside is for GIGABYTE: The sticker actually started peeling off revealing the reference cooler’s original graphic. 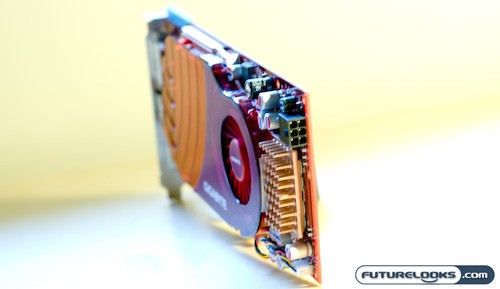 Due to the power efficient design, the GIGABYTE HD 4850 uses just one single PCI-E 6 pin power cable to give it the juice it needs. This means that fairly modest systems with reasonably sized power supplies will be able to use this card. 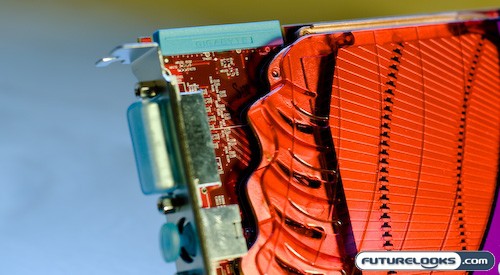 Although this has never caused an actual problem for me, GIGABYTE has gone ahead and fitted protective caps to all the unused connectors on the card. It’s a nice touch, but it isn’t a deal breaker for me. However, I have noticed that almost every other video card manufacturer is doing this with their cards so why be the odd man out I guess. 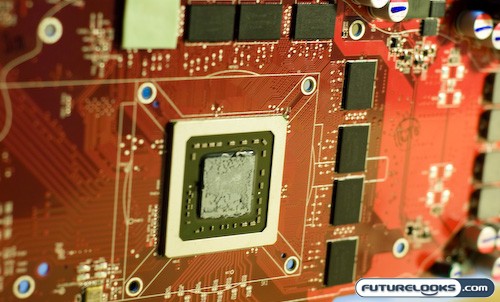 One thing that all video card manufactures are guilty of is the liberal slopping of paste onto the heatsink and chip. Although this isn’t something that I can single out GIGABYTE for, it is a well known fact that the proper application of a little bit of heatsink paste (versus slopping it on like toothpaste) can improve the thermal performance of the heatsink. Of course this can be fixed easily, but it’d be nice to pop off a heatsink one day and see it applied properly.

The GDDR3 memory chips are attached to the heatsink with thermal tape, but the tape is so thick that it makes it impossible to properly apply proper heatsink paste due to the gap between the memory and the heatsink that is taken up by the thick tape. Again, it’s not something I can pin on GIGABYTE, but wouldn’t it be great to see a video card all done up properly out of the box with the right amount of heatsink paste?

In order to test out our GIGABYTE HD 4850, we put together our own itsy bitsy Spider Platform. Parts included:

We’ll also be basing our comparisons on the HD 4850’s older bigger brother, the HD 3870 using a Sapphire ATOMIC HD3870 Video Card. This card sports 512MB of GDDR4 memory and is overclocked out of the box to 825MHz Core and 1200MHz Memory vs the GIGABYTE HD 4850’s 625MHz Core and 990MHz GDDR3 Memory speed. Our operating system of choice was Windows Vista Premium 64 bit. All tests were run at 1920 x 1200 to take the emphasis off the CPU and make the GPU do most of the work. We used the latest drivers currently available, Catalyst 8.8 on both cards and for all tests.