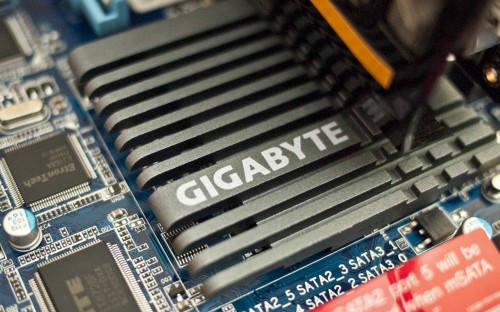 As reviewers, we’re all guilty of grabbing the new hardware, tossing the box and contents aside, and heading straight for the benchmarking machine. This often leaves us completely oblivious to the effort put into things like packaging, manuals, software, and the extras that create the overall user experience of that product. While this may not be as important for benchmarkers or for very experienced users, this may make or break the experience for everyone else. Especially people new to building their own machines or who aren’t familiar with a particular product or brand.

In an effort to more evenly cover the whole user experience, Futurelooks will be randomly selecting products, and evaluating the user experience beyond the hardware. Taking the things we normally toss to one side in searhc of the elusive benchmark scores, we’ll take this opportunity to evaluate the documentation, software and sometimes the extras that new users and even DIY’ers need, to have a great time building their new machines. Warranty and customer service will also be weighed in on.

Today, we’re starting with motherboards and the first to step up is GIGABYTE. They’ve submitted one of their best examples of all the things the Intel Z68 chipset does: The Z68XP-UD3-iSSD. 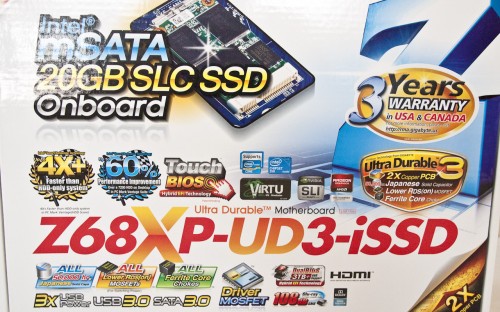 GIGABYTE’s Z68XP-UD3-iSSD board is based on INTEL’s mainstream Z68 chipset and LGA1155 socket. It features all the things that make the platform not only a performer, but also a great all around system for every day use. Starting with INTEL’s Smart Response technology (ISRT), GIGABYTE has gone to great lengths to include this functionality as part of the design of the board using an onboard mSATA slot and a 20GB SLC SSD onboard. As we have found in our testing, ISRT really does give you most of the performance highlights of an SSD, without the downsides of having to run your whole system off a small SSD, or the complication of having to manage both an OS drive and a storage volume. 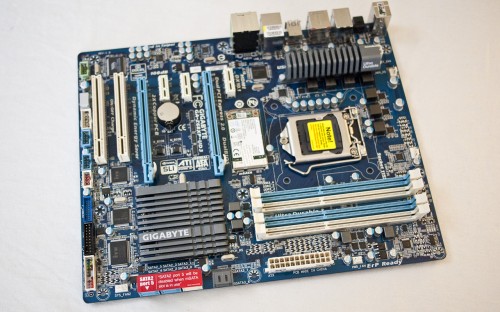 Also unique to INTEL’s Z68 and fully integrated onto this board is LUCID’s Virtu technology. This technology allows your system to utilize the integrated on die graphics of the Core series for non graphics intensive tasks, which both saves power, and improves noise levels because your GPU can stay idle. But once the work day is over, you can fire up your favourite games and have your GPU jump to life as you FRAG the rest of your day away.

Supporting that gaming addiction is both nVidia SLI and AMD CrossFireX support. If you’re not a gamer, the built in HDMI port on the back and the integrated INTEL graphics makes it quite capable as a multimedia machine, utilizing the Quick Sync technology built into the iGPU for crunching your big video files in supported applications. And to back up that processing prowess, the board has four DDR3 memory slots to support up to 16GBs of memory (32GB if you can find those 8GB modules). 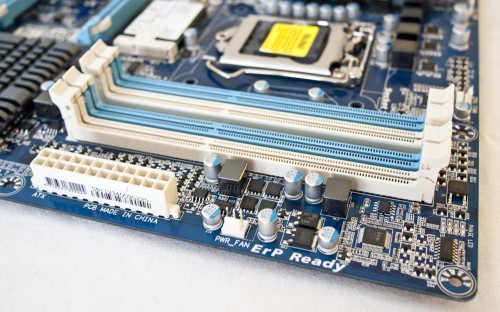 The Z68XP-UD3-iSSD comes with a 3 year warranty for both the board and the SSD (as long as you don’t mess with that sticker over the SSD) in North America with some limitations that we’ll go over in detail shortly. The board retails for around $249 US these days but rebates or sales may bring that down lower. As far as value goes, this board compares well with other boards when you factor in the cost of the SSD on top of the sticker price to get the ISRT technology working.

The only downside is that you are limited to the 20GB SSD onboard if you want to keep your warranty intact, but our testing with some larger drives have revealed fairly minimal gains, making the 20GB SSD onboard a good compromise between cost and size. Not to mention, with the SSD onboard, it makes the setup process much easier. Did I mention it supports both the new IVY Bridge 22nm LGA1155 CPUs and has PCIe 3.0 Support with just a BIOS update?

Now that we’ve introduced the hardware, it is time to see what the GIGABYTE team has come up with in terms of supporting software, extras, and support.

The Bundles and Extras 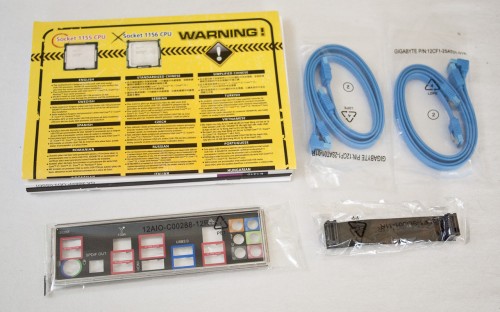 GIGABYTE’s boards, with the exception of their G1.Killer Series and the top end boards, comes with a fairly minimal bundle of extras. Two right angle and two straight SATA cables in the classic GIGABYTE blue are included with this board as well as the back panel IO plate. Since this board supports CrossFire and SLI, a GPU bridge is included. There are a couple of case badges for Dolby Audio and GIGABYTE in there too. The unboxing experience is also fairly minimal so we won’t be detailing that but it does do the job. 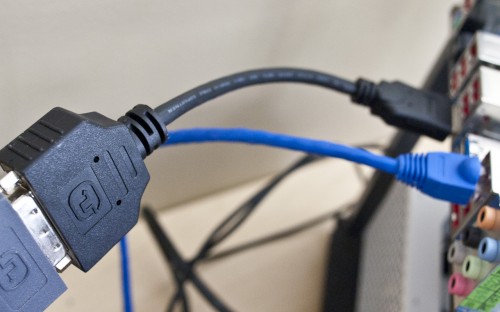 The only thing I felt missing from this particular board and even its slightly more aggressive UD4 cousins is the inclusion of an adapter that allows you to use that HDMI port with a standard DVI based on monitor. Especially since these boards don’t have any other video out connections. DVI is the connector standard for many decent displays and it would have been an excellent value to include an adapter like the one shown above. This would have given far more out of the box flexibility if one chose to get going without a discrete GPU or if one wanted to get the most power savings out of the Virtu technology if you were to plug in a discrete GPU. 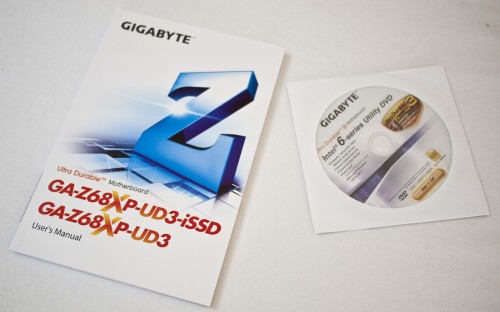 The other portion of the bundle is of course the documentation and with the documentation is the system setup DVD. It’s the strength of this documentation and the included DVD that we will be looking at in the coming paragraphs. Treating this as an overall experience, we hope that what GIGABYTE has given us allows us to get this system running and enjoy all the features that this board has to offer, without heading to forums, calling tech support, or stomping around angrily.

Let’s see how useful the documentation really is and where it needs some spit and polish.