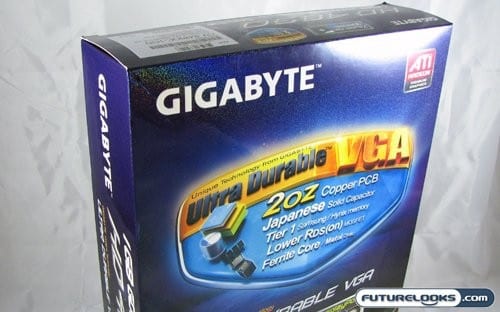 With many video card releases, a certain product progression is expected from manufacturers. The first video cards out of the gate are near replicas of the vendor’s reference design, using the same cooler and sporting the same clock speed. Then manufacturers get crafty, playing with clock speeds and adding more RAM to try to capture the performance segment of the market.

The progression then divests a little, with high end video cards getting more exotic cooling and more overclocking, and lower end parts going toward the HTPC and silent PC market. But what if those guys with their fancy quiet HTPC setups want a high performance card? Well GIGABYTE might just have the solution for them. 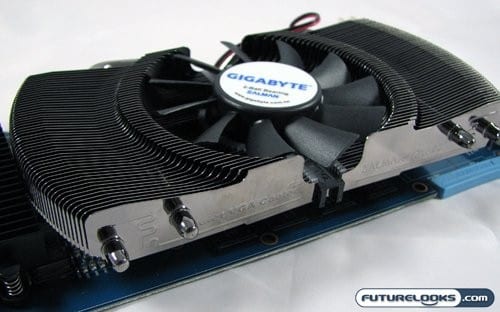 GIGABYTE has taken the stock Radeon HD 4890 card, changed it’s colour, and in partnership with Zalman installed a rather hardy VF 1050 VGA cooler. The idea behind this is a video card whose performance is a quiet one, making this card a great addition to any PC where low noise is a priority but performance is desired. The cooler, however, does not come in contact with the RAM and does provide no additional cooling effect.

Since this card sports the same features as any other 4890, performance definitely won’t be sacrificed. Here’s a quick peek at the features on this card:

All the details for this video card can of course be found on the product home page. However, when you look at those preliminary specs you can see that this card is edging towards the HTPC market. 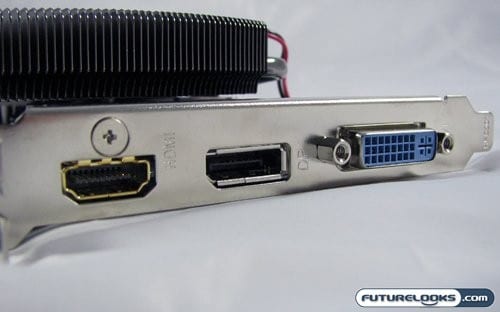 GIGABYTE has dropped the second DVI port in favour of HDMI and DisplayPort output. HDMI we’re all quite familiar with, but DisplayPort is a relatively new specification that is finally starting to be seen on consumer products. The card is also factory overclocked, which while not something typically seen in an HTPC or a quiet computer, it isn’t exactly unwelcome.

The Bits in the Box 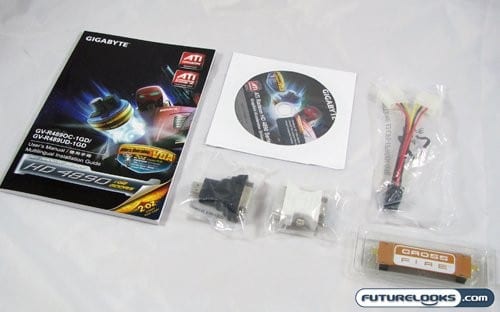 For all the extra bells and whistles found on the GIGABYTE video card, the accompanying accessories pack is rather typical of what you see in most video cards these days. Still it isn’t without it’s interesting additions.

You’ll find the usual Molex-to-PCIe power adaptor, CrossFire bridge, and DVI-to-VGA convertor included. In addition to that, there was one adaptor I didn’t expect to find but hoped was there. Rounding off the accessory package is the drivers CD and manual.

The single DVI port on the back of the card precludes it from being used in a dual monitor rig, unless you have a monitor that uses HDMI or DisplayPort. With this in mind GIGABYTE included a male-to-female HDMI-to-DVI convertor; a complete reverse from what is normally found with cards sporting two DVI ports. This of course lets you use your two DVI-based LCD panels without issue.