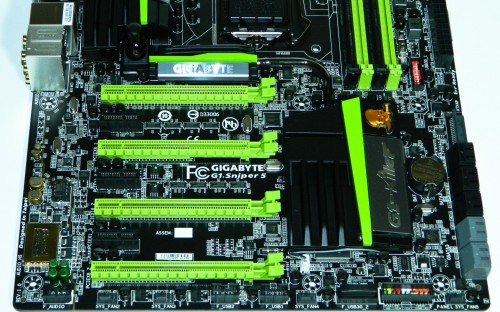 In this section, benchmark tests potentially affected by the motherboard were completed. This includes PCMark7, CineBench, Graysky H264, and Input/Output connectivity features. I definitely want to make sure all of the G1-Killer Sniper 5’s extra IO features perform accordingly in comparison to a few other systems. 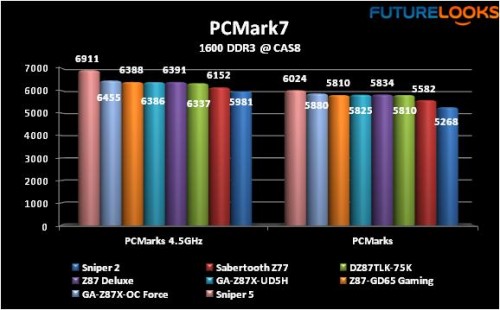 Here is where I was highly surprised to see the media enriched G1-Killer Sniper 5 score so well. I’ve seen this before with ASUS’ ROG boards thanks to the better audio processors, controllers, and drivers. Still, what a great boost in overall system performance the Sniper 5 makes to these tasks. 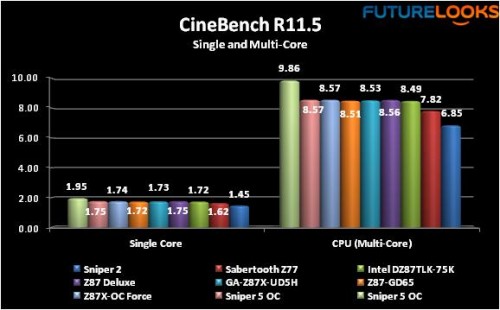 Rendering performance here comes down to BIOS tuning. There’s only so much that can be done to squeeze an extra point or two out. After repeated tests, the average tied the solid ASUS Z87 Deluxe. Neither seemed to back down. 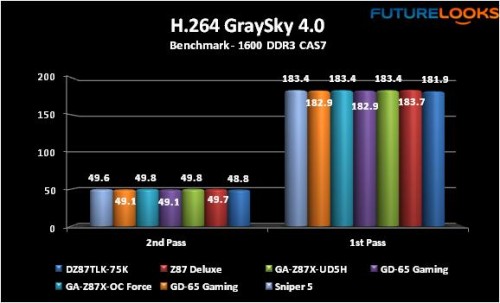 The scores here are very close. The G1-Killer Sniper 5 averaged the same as three others boards over and over. These scores are slightly higher than others thanks to the lower timing DDR3. In this instance, Haswell performs even better. CAS9 timings are as much as four frames slower. Bottom line, feed the G1-Killer Sniper 5 with tighter memory timings for best results. 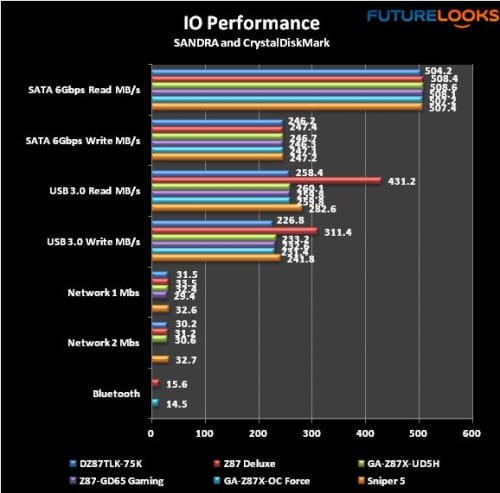 As usual, the G1-Killer Sniper 5 scores similarly to other Z87 boards locked in to the chipset SATA. The ASUS Z87 Deluxe still benefits from USB 3.0 Boost feature that comes only on their boards. Still, the Sniper 5 has a lot of connectivity options that work well, providing overall comparable results.

Now let’s end things with a look at power consumption, quality control, and the most talked about, audio performance.