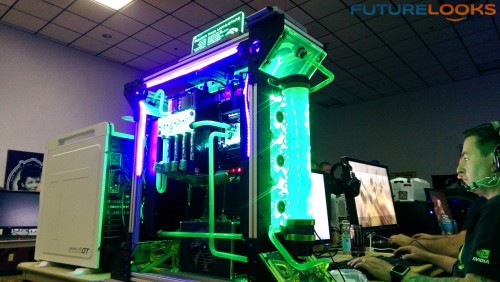 Just this weekend, I stopped by PDXLAN 22 to see some of the tech industry’s best DIY companies. The list included In Win Development, masters of the art of enclosure designs; NVIDIA, who brought graphics cards and Shields for 24 lucky table team winners; Puget Systems, quite possibly the most skilled systems builder on the West Coast; ADATA, an enthusiast SSD and memory manufacturer; Rosewill, a DIY user-friendly component manufacturer; Thermaltake, who is a friend to the gamer; and Caselabs, a custom case manufacturer. 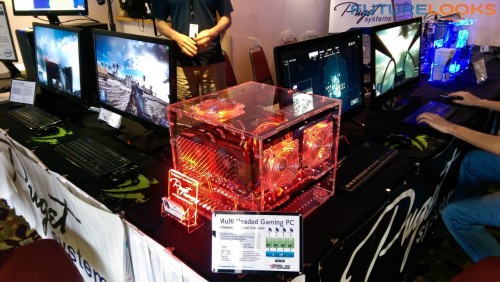 Puget provided PC repair services, displayed an acrylic housed Intel NUC, and gave attendees a chance to play on a dual Intel Xeon E5-2695 12 core workstation sporting four ASUS AMD R9290 DirectCUII graphics cards, all mounted to an ASUS P9X79 workstation motherboard. The kicker: there were four VMs operating one card each, so users could experience HD gaming on CTL DangerDen 2K monitors. If you need a reliable system for anything, these are you guys. Nicely done, gentlemen! 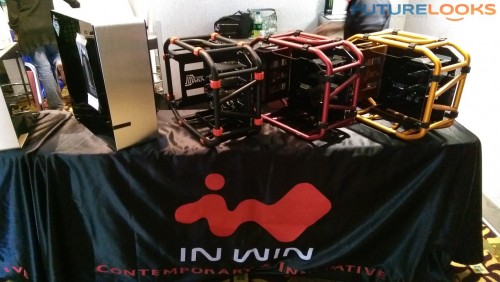 The good folks from In Win Development came to PDXLAN with a handful of computer enclosures true to their capabilities.

In the lineup were the brand new inspiring S-Frame aluminum tower with black tint tempered glass, D-Frame Mini which is a smaller ITX version of the D-Frame, 901 Mini ITX tower and 904 mid-tower enclosures we featured at GOTTACON 2014, the GR One, and two new mysterious windowed enclosures sporting front black on red vented bezels.

These are just a few of the In Win Development enclosures in a long line of lifestyles. 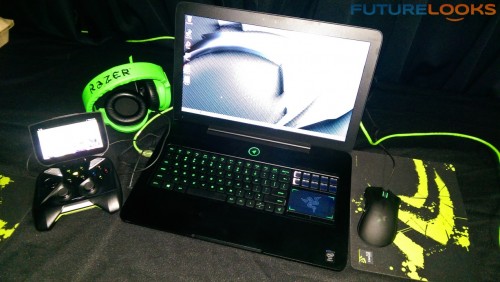 Besides the mountainous pile of NVIDIA graphics cards by both NVIDIA and their partner ZOTAC, NVIDIA brought Shields and new Razer laptops so that gamers can get some premium laptop gaming on. Each row of tables represented a 24 man team that would compete in random contests throughout the event. The winners each got an NVIDIA Shield. 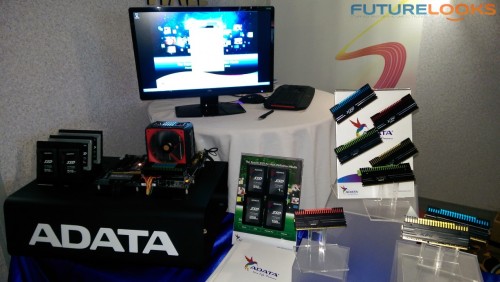 ADATA has some really great looking DDR3 memory kits aimed at enthusiasts, gamers and overclockers. Their latest storage options include the Premier and Premier Pro SSDs and M.2 PCIe devices, as well as the new color themed XPG DDR3 memory kits which look pretty sweet. Expect to see more 1TB Premier Pro coming down the pipe very soon with a price tag of $440 US/CA. ADATA will soon have new high performance M.2 PCIe devices coming down the line too, sporting impressive bandwidth all supported by the new Intel Z97 platform. 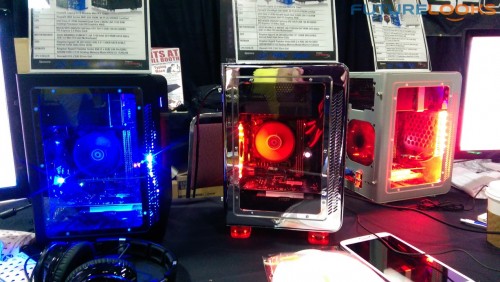 Keeping with the trend for small footprint domination, Rosewill brought a black, custom chrome, and silver aluminum Legacy U2 series mini-ITX enclosures. The Legacy U2 is as compact as it gets when it comes to normal manufacturing. Also on display is the new Legacy W1, which is a jet black mini-ITX tower that supports full sized graphics cards and dual 120mm top mounted radiator. We’ll be keeping an eye out for this one! 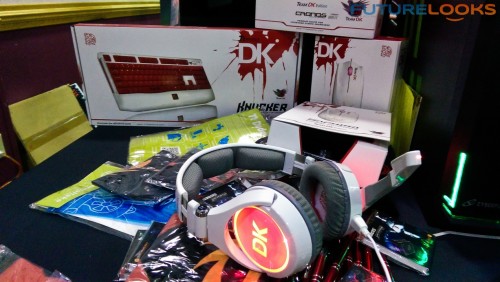 Along with all the prizes Thermaltake happily contributes, their own marketing guru laid down the law in a few games while demoing Team DK’s (DoTA) gaming keyboards, mice, and headsets as well as accessories. The headsets sounded pretty darn good and I suspect even better on a good audio source like a Creative XzR audio card or Omni 5.1 external source. 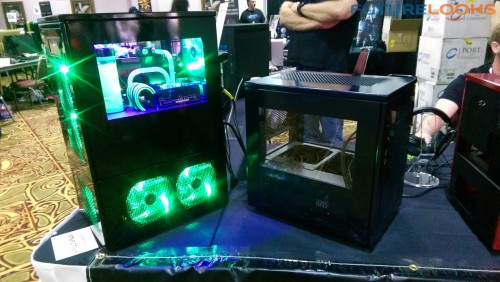 These guys are custom enclosure fabricators and designers. Their enclosures range from compact to massive for extremely large high-end liquid cooled systems. Many of them were quite large, which you can see in the gallery below. 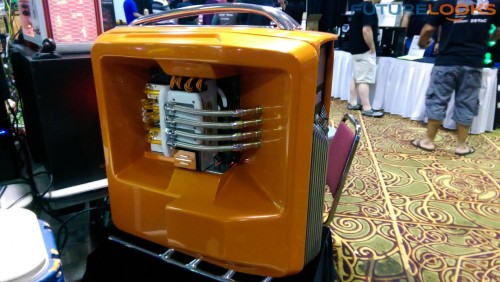 We don’t get down to PDXLAN very often, given the timelines and busy schedules, but when we do, there’s always something to see and do. There are some amazing custom system creations that show up from time to time. For more photo awesomeness, have a look at the gallery below. And, if you feel inspired to build your own system that exudes pride in your own system, have a look at any of the manufacturers here for their best selection of components.

As always, we appreciate all the vendors’ hospitality, because they make gaming events so much better.