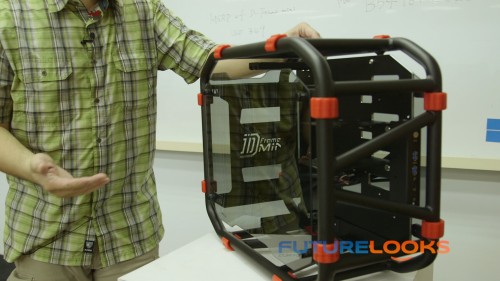 Team Futurelooks is in Taiwan right now, getting ready to cover the show that all PC DIY enthusiasts should care about. Leading up to the opening of the show, which begins on June 3, 2014, at the Nangang Exhibition Centre in Taipei, we’ve been busy attending factory tours, and meetings, to ensure we’ve got some great content to show you, after the show closes. One of those things was a special visit to In Win’s factory in Taoyuan, where they enthusiastically, let us be one of the first websites on the planet, to leak an exclusive video preview of one of their latest cases, set to be announced at the start of COMPUTEX 2014.

The new In Win D-Frame Mini chassis, is a more affordable, and more portable version of the original In Win D-Frame that originally launched at COMPUTEX 2012. Here’s our exclusive video preview of this exciting new case.

At an MSRP of $349.99 USD, it certainly won’t appeal to every user’s wallet. But if money were no object, this would be a truly unique case that would provide easy portability for a mini-ITX based LAN system in style. It certainly is light, and more manageable than ever before. 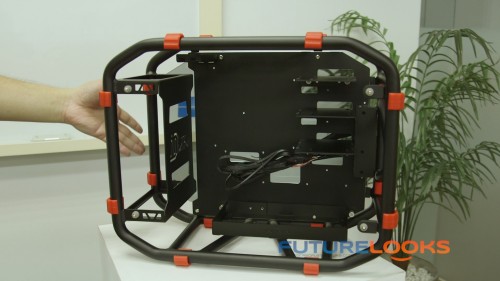 With the official start of COMPUTEX 2014 on June 3rd, make sure you keep it locked to the site for announcements during the show, and of course, upcoming video coverage from the team. And if you’re already looking for news, our team has also been busy with plenty of pre-COMPUTEX news coverage right here.