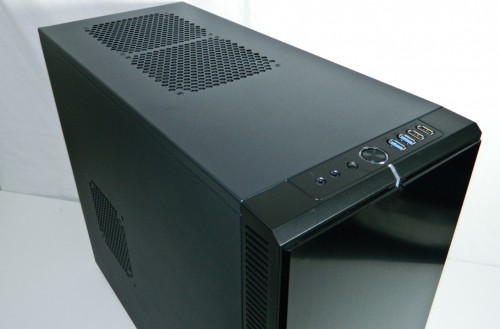 Based in Sweden, Fractal Design has been designing cases and marketing them in the UK since 2007. Over the last couple years, they’ve continued to carve a swathe out in the American market thanks to their immaculate and contemporary designs. Once upon a time Antec offered similar style, but has since stopped, leaving a void amongst the DIY users who are looking just for what Fractal has to offer. Their vision is one of close attention to detail, balanced features, and a clean “less is more” image. Those concepts are found in many computer enclosures including the one we’re reviewing today.

I’ve been working with the Define R4 for about the last two weeks now, studying every straight line right down to the air flow. It’s a very feature rich, extremely classy enclosure. Naturally, we wanted to know is it a work of art, or if it’s just another square? Let’s find out! 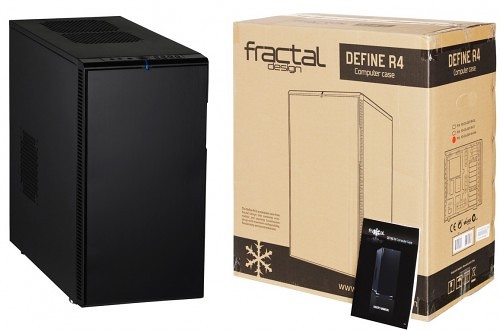 Before we pop open the case, lets cover the features that Fractal feels is important to offer in many of their enclosures. The Define R4 now comes in a solid and windowed models which is obviously cool for enthusiasts that like to see their elite hardware. Here are the other feature highlights:

The specifications of the case may seem redundant to experienced users but some are in fact different than many of the enclosures we’ve scrutinized. The size of the case, specifically the depth and length, are more important as it helps explain why so many components can be packed inside. Those specs are below.

Cooling potential rests in the configuration of the fans. It comes with front and rear 140mm Silent Series R2 fans. They’re rated for roughly 600 RPMs @ 53 CFM (14.9dBA<) to 1000 RPMs @ 66 CFM (18.5dBA). They aren’t quite as silent as some other case fans but they will seem quieter thanks to the enclosure’s sound dampening. Let’s see what else comes with the Fractal Define R4. 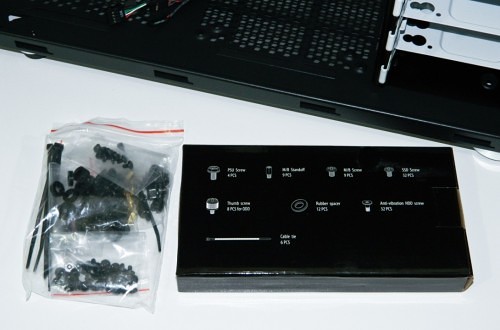 It’s a pretty standard accessory bundle as far as enclosures go. However, there are a lot of black screws which have different purposes which are clearly marked on the accessory box. For instance, you’ll find special screws for SSD tray mounting. There are also rubber spacers and anti-vibration HDD screws all designed to help silent your drives. The eight ODD thumbscrews were helpful for mounting the motherboard which kind of changed up the look. Finally, six cable ties round off the bundle. I’m beginning to think enclosure and PSU manufacturers are allergic to Velcro, or reusable ties.

Now let’s move on to inspecting the chassis, pointing out interesting things along the way.