A few weeks ago, we looked at ECS Elitegroup’s high-end enthusiast entry, the 680i powered ECS PN2 SLI2+.  That board represented the company’s “EXTREME” side. Now we come down for a landing and check out something a just a little more modest. 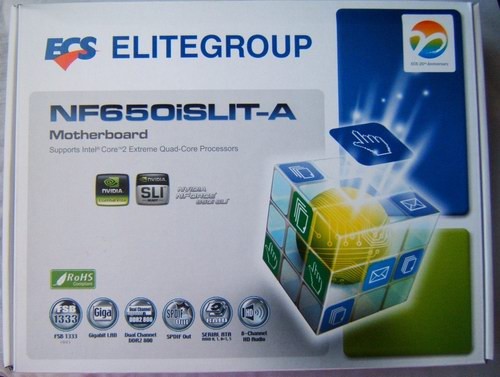 Just as there are extreme users to cater towards, there are also the mainstream users that form the bulk of the market. So today, we are looking at ECS’s NF650iSLIT-A motherboard for Intel processors, and why it might just be the motherboard for casual users that want performance without the massive tweaks afforded by its bigger brother.

The box itself gives off an air of minimalism and that is easily reflected in the items included within.  ECS has also gone to a brand new graphically simplified box that clearly indicates the main selling features of the product. Inside, we’ve got: 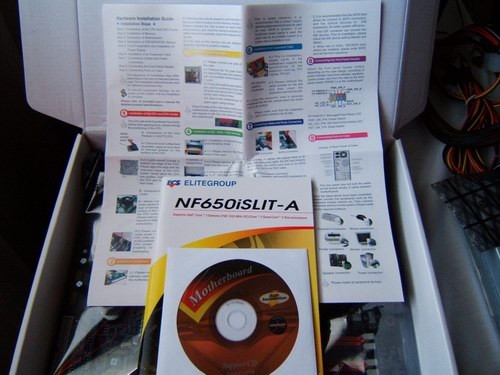 We’ve been somewhat spoiled by the full meal deal spread of goodies offered in their “EXTREME” series of motherboards.  This board hits a pricepoint by packing in fewer extras that end up in the spare parts bin
anyway.