We’ve already had the opportunity to explore some of the upcoming Xbox Live Arcade titles that are coming down the chute, but what else is happening with Microsoft’s entry into the home gaming market? What else can we expect from the Xbox 360 in the months to follow? In speaking with some Microsoft reps at E3 Expo 2009, it turns out that they’re not even close to maximizing the utility of the 360. 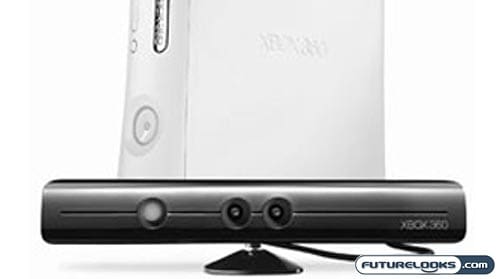 Easily the biggest and most groundbreaking announcement to come out of E3 was the unveiling of Project Natal (pronounced nah-tawl rather than nay-tul). The motion sensing technology of Project Natal far exceeds the relatively simple solution I had predicted going into E3 in Los Angeles.

In effect, Project Natal consists of a horizontal sensor bar that goes well beyond the Wii sensor bar. It has an RGB camera, a depth sensor, multi-array microphone, and a custom processor running proprietary software. This provides for full-body motion capture in 3D space with up to 48 points of reference. There’s also facial recognition, ambient noise suppression, and all sorts of other nifty features. Here’s a quick video demo of it in action:

Microsoft did not indicate when Project Natal would be ready for a retail release, though some analysts are expecting something based on this technology to be released in late 2010. For more information, check out the official Project Natal page on Xbox.com. 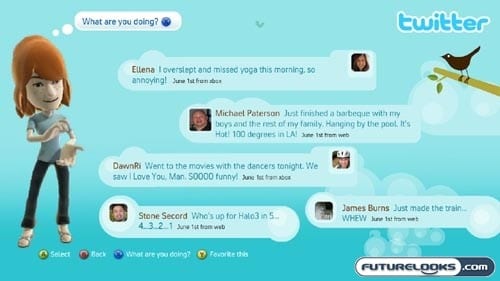 Ever since we saw the launch of the New Xbox Experience (NXE) (and the accompanying Avatars), we knew that Microsoft really wanted to push more of a social and casual element to the Xbox 360. They continued this trend by teaming up with two of the largest social networking sites on the Internet.

With the Twitter integration, you’ll not only be able to check up on your friends’ tweets (you heard me) and update your own Twitter account, but you can also directly tweet Xbox gaming-related information too. 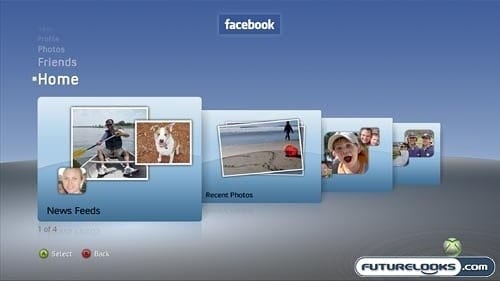 The Facebook integration seems like it goes even further than that, allowing you to access the photos that your Facebook friends have posted on Facebook, displaying them in the form of a photo slideshow on your TV. Just about anything that you’d do from your computer on Facebook can be done on the Xbox 360 as well.