CORSAIR has launched a new version of the K70 RGB MK.2 RGB Mechanical Keyboard.  After using it for just one day, I don’t want to go back. The new CORSAIR K70 RGB MK.2 Low Profile Rapidfire mechanical keyboard is the latest from a long series of high-end keyboards for gaming, RGB fans, heavy-duty types, or just people who love a well-made keyboard.

The low profile was totally different than what I expected. The keys are completely redesigned using the new Cherry MX Low Profile switches. Compared to the K70 MK.1 and K70 MK.2, they feel almost more rubbery and softer to the touch — which honestly felt amazing after typing on it for 8 hours. I was surprised at how well these shorter keys worked compared to their full-sized predecessors. Apart from the actual improvements in size and feel, they work exactly the same as full sized keys.

Everything about this keyboard feels like a step up from the original K70, so I’m surprised they didn’t call it a K71 to be honest. The design improvements are significant compared to a product that was already amazing. Even after owning the K70 MK1 and MK2, this one is already my preferred keyboard. Typing still has the mechanical feel and the sound of the new keys sounds like a silenced version of the clicking that we all love.

The redesigned keys are shorter than the previous generation, without losing any response time or that “spring loaded” sensation. The RGB patterns and brightness are the same as the full size version as well! 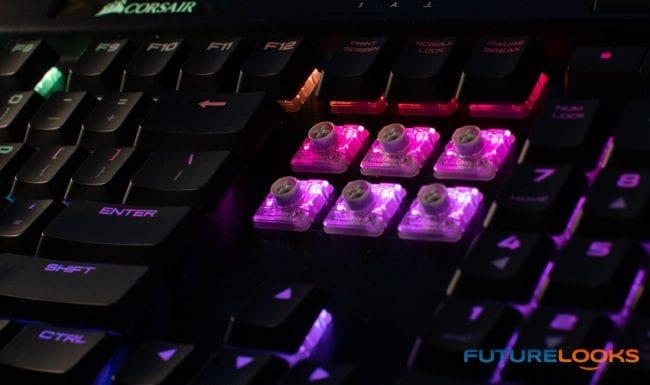 Keeping with the tradition of the MOBA and MMO keycaps, the Low Profile also includes a set of spare keys and a handy removal tool to swap to your preferred arrangement. They also kept all of the same features as the Mark 2 except they removed additional cable storage options under the keyboard. I wouldn’t say I miss it, however — since I had a hard time finding a way to wrangle my cables into the slots at the angle they were designed for anyway.

There was an unexpected flip of the USB passthrough port along the top from the left side of the cable to the right — and while it makes no significant difference, I actually prefer it this way. I find I just assume it’s on the right and it’s easier when I’m holding a cable in my right hand to plug it in this way. It makes me wonder of all the super tiny details that go into making a product like this. Was this a design choice, or just a coincidence?

They use the exact same detachable soft-touch palm rest, dedicated volume and media controls, and profile buttons that the K70 MK.2 had — while only being 29mm tall (compared to a standard 40mm mechanical keyboard). A small change was the redesign of the USB cable ends from the boxy look to a more streamline rounded end.

RGB profiles are still amazing, even with the smaller profile keys. Some of the labels have been redesigned (especially the windows lock “gaming mode” key) to let in even more light.

I’ve been using this keyboard in the office I work at for a few days, and people have noticed the sound change from my old keyboard. I was previously using Cherry MX Red’s, which aren’t the loudest, but they certainly aren’t silent. The new keyboard has reduced the volume pretty significantly actually. The low profile and lighter frame also make it a little nicer for transporting — although I admit that’s going to be rare.

For gaming, the keys make no difference in terms of usability, but the softer rubber might make a slightly better grip. Maybe not — but I’m pretty happy with the performance either way. 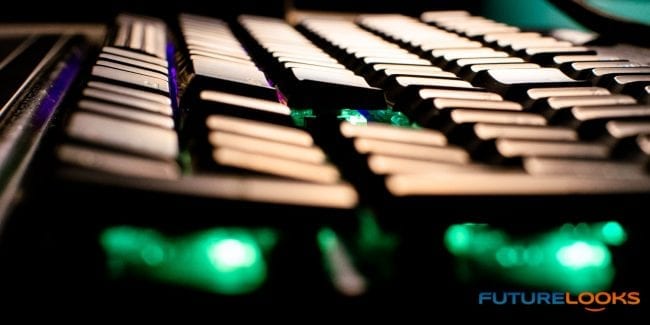 Overall I have to say that this one of the best keyboards I’ve ever used. Its slim design is great and it’s such a joy to use. The keys feel great, the RGB’s are bright, and everything is super responsive. From here, I wonder what kind of features Corsair has in store for future models, but I have a hard time thinking it can get better than this. I would love if keyboards started switching to USB-C standards for ports and hubs — but maybe we aren’t there yet.

This keyboard is great for someone who’s looking for a high-end product that they use every day. They aren’t afraid to spend a little more money to get something they want and with the same MSRP as the previous Corsair RGB K70 keyboards of $169.99 MSRP it should be right around what you’d expect to pay.

The CORSAIR K70 RGB MK.2 Low Profile Rapidfire Mechanical Keyboard Reviewed
This keyboard is the best I've ever used. I wasn't expecting to love this keyboard so much when I was already so happy with the K70 MK2.
Positives
Negatives
2018-10-24
9.6Overall Score
Share This With The World!
40
40
Shares