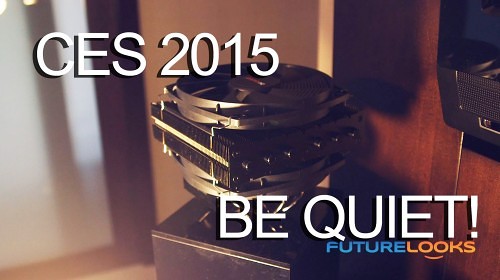 At COMPUTEX 2014 last year, we saw a number of new products from be quiet!, that were on the verge of launching, including the Straight Power 10 series of power supplies, and the highly anticipated, Silent Base 800 case. Some of them were late, some of them were on time, but all of them launched to retailers by the end of the 2014 calendar year. With CES 2015 this week, what would the German company have to show show us? Let’s find out in the first of our series of CES 2015 Las Vegas coverage videos!

The Germans worked hard to give us two new products, that address the need for low profile coolers, thanks to the progress that the mini-ITX form factor and the performance boost that mATX boards have been getting thanks to the Intel X99 chipset. 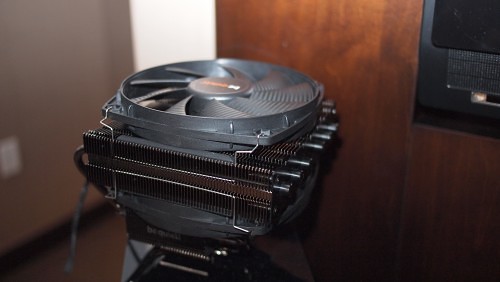 00:42 – The be quiet! Dark Rock TF offers 220 watts TDP of heat dissipation, with two Silent Wings fans strapped to it, and six 6mm copper heatpipes. The fans can be removed to allow for lower height, or better clearance for tall memory spreaders. If the cooler runs with one fan, the TDP drops to 150 watts. The cooler will retail for $79.99 US and will be available by around March 2015. 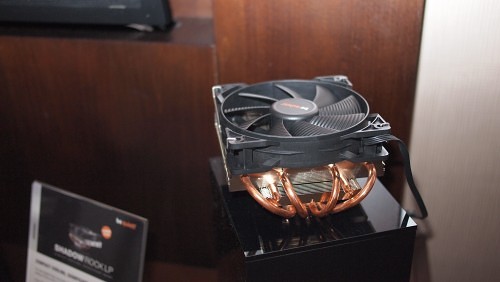 01:51 – The be quiet! Shadow Rock LP is from the company’s affordable premium line up of coolers. They don’t have the black anodizing of their Dark Rock series, but they do offer excellent performance for the dollar. The cooler fits more compact systems, namely mini-ITX based systems with lower stack heights, and a compact foot print on the motherboard. It comes with a single e quiet! Pure Wings fan and will retail for around $39.99 US, and will also be available around March 2015.

If you remember, be quiet! did launch small form factor power supplies at the CES 2013 show, and with a big number on their Silent Base 800 case, they might get smaller in the near future.