Even more so than the push toward 3DTV is the push toward the "connected" television. We aren't just getting our video feeds from conventional television channels like CBS and ESPN anymore. We're getting it from web sources like Hulu Plus, premium streaming services like Netflix, and social networks like Facebook. 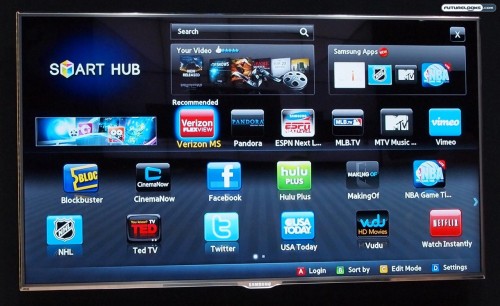 The main idea behind the Samsung Smart Hub on their Internet-connected televisions is that while there are distinctly separate areas for apps, social networking, and on-demand television, they can all be scoured through using the universal search function. It's all together, but separate enough if you want it to be.

You could say that this is mirroring the premise behind Cisco's Videoscape and, in some regards, it is. I think this really going to be the push from many of the television manufacturers, because they're recognizing that having separate video sources isn't exactly convenient. We want access to everything all the time. On a side note, check out how thin that bezel is! 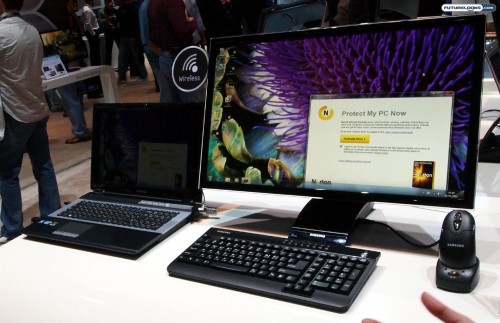 Up until only recently, I relied solely on my notebook PC for all my computing needs. Even so, I spend the majority of my time at my desk, so I had the notebook connected to an external monitor, keyboard, and mouse. Unconnecting and reconnecting all those cables came to be a bit of a hassle, but the Samsung Central Station seems to fix this.

Instead of dealing with cables, it will automatically "detect" the presence of a connected notebook when it comes within three feet of the Central Station. In doing so, it'll pair up and you automatically get the same keyboard, mouse, and monitor experience that you would if you had to deal with a physical dock. This is all done via a dedicated USB dongle over a proprietary wireless connection. 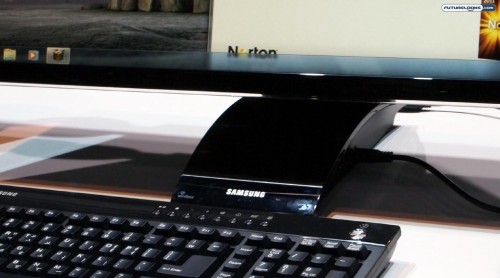 The natural application would be for business travelers. They don't want to maintain both a desktop and a laptop, but they want to have a "real" desktop experience when sitting at the desk. At the same time, they don't want to plug and unplug a series of cables to do it. The automatically wireless connection sounds a lot more convenient.

Samsung is saying that the Central Station solution will be made available in your choice of 23-inch or 27-inch monitors and both will come equipped with WLED backlighting. USB 3.0 connectivity is also standard, so there's no sacrifice in speed either. In addition to the keyboard, mouse, and monitor, you can use Central Hub to connect your smartphone, external HDD, or any number of other peripherals.

From what I hear, Samsung's Central Station solutions will also be made available in a wired variant if you want to save a few bucks, but the business versions will only be sold as wireless. They plan on launching some time this spring. 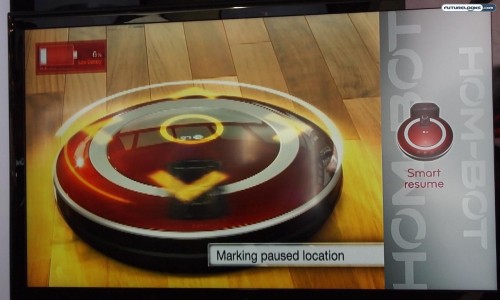 A digital lifestyle is a connected lifestyle. We come to think about our smartphones and our computers in this way, but the entire home can be much more digital, much more connected, and much more efficient through the use of properly-designed technology.

LG and Samsung are among the companies leading the charge in this regard. From smart vacuums and wireless notebook docks, your life can be made a lot more seamless. Heck, LG even has smart fridges that will tell you when your milk is about to expire, allowing you to access your refrigerated inventory from your smartphone wherever you have 3G or Wi-Fi. That's some crazy functionality that isn't the stuff of the future; it's the stuff of right now.