Search
Home
News
Prev2 of 7Next

Speaking of companies from Alberta, Canada, CoolIT Systems didn’t have any new products at the show per se. However, their newest product, the CoolIT A.L.C. Domino, which was launched prior to CES was center stage at their booth. It was the subject of a build off contest that showed off just how easy this thing was to put together. CoolIT’s vision for the Domino was to create a product that was truly water cooling for the masses. Based on how any people came to their booth to compete, I think they hit the mark. In fact, they did such a good job with the Domino that Commodore Gaming decided to throw it in all their systems. 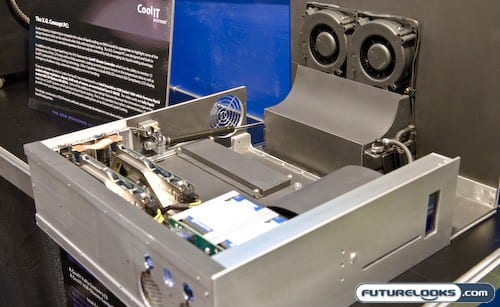 Although there wasn’t a new product on display, they did show off a couple of concepts. The first of which was a completely water cooled system built from the ground up. The system is totally sealed and resembles the engine bay of a Mercedes, which is sort of what they were after. Their premise for doing this build was to show off what is possible when you think water cooling from the ground up. 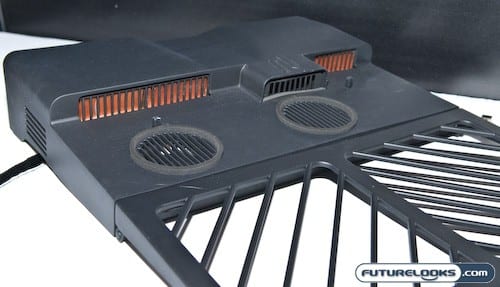 The other product is their MTEC powered INTEL Extreme notebook cooler which was announced last year. Although it was still a bit fragile and totally not ready, it seems that some headway has been made in shaving some excess baggage off. I definitely couldn’t imagine carrying it around in its current form but they are working on it. 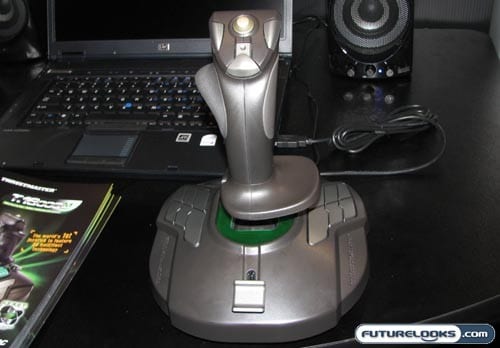 Just when you thought Flight Sims were dead because everyone plays MMORPGs or FPS Shooters, Thrustmaster comes up with a new stick. The T-16000M flight stick is said to the first in the industry to use 3D Hall Effect technology, a series of magnetic sensors that are said to offer unparalleled accuracy and precision. These sensors deliver precision levels 256 times greater than most current systems, allowing for 16,000 values on each access. I took it for a quick test run in Microsoft Flight Simulator and it felt pretty good. Force feedback and programmable buttons complete the package.

What Was Lian Li Thinking?

I really tried to be nice when I was at the Lian Li booth, but when I saw this thing, I kind of threw up a little in my mouth. Don’t get me wrong. We love Lian Li’s cases, but we don’t love the PC-888 which, according to their literature it “Sails With Speed”. Well, so did the Titanic. They plan on shipping this case out for around $400 in limited quantity. The rest of the line receives small refinements that make their cases just a little better than before.