Walking over to the Microsoft Xbox 360 table, I didn’t really find anything that jumped out at me. 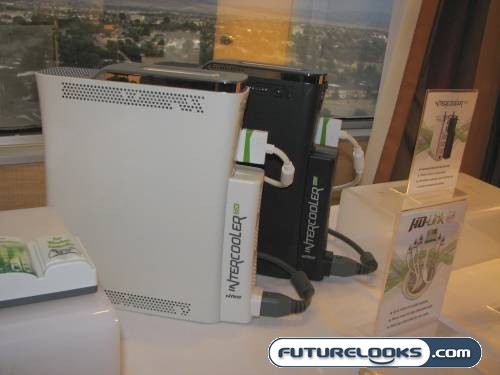 One of the biggest highlights is the Nyko Intercooler EX, featuring “snap-on assembly for easy installation.” As you can imagine, it helps to keep your gaming machine at a reasonable temperature while you frag all your friends online on Halo 3. There are at least two active fans in there, providing “improved protection for internal circuitry” and “enhanced performance for your Xbox 360.” 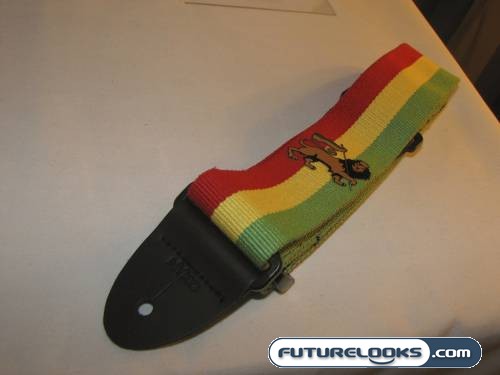 On the much lower tech end of things are some cotton Guitar Hero (and Rock Band, I guess) straps. They say these are much better quality than the OEM models (ha!) and they come in at least four different designs.

Being a proud Wii owner myself, I was particularly interested in the goodies that Nyko has in store for everyone’s favorite motion-sensitive gaming machine. 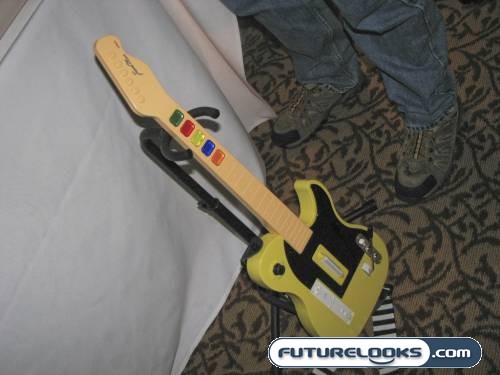 Perhaps the most notable product in Nyko’s future lineup is the Frontman Wireless Guitar. Set to be the first third-party guitar available for the Nintendo Wii (and really the only way to get a second guitar for Guitar Hero III without having to buy a whole new bundle), the Frontman is naturally compatible with Guitar Hero III: Legends of Rock. Like the version that comes packaged with Activision’s offering, the Frontman Guitar also gets its power and wireless connectivity from the Wii Remote that conveniently slides into an available slot. The fret buttons seem to mimic the Rock Band guitar in that they are less color coded, but you still get a bi-directional strum bar and an “accurate” whammy bar. Estimated price is in the $50 range. 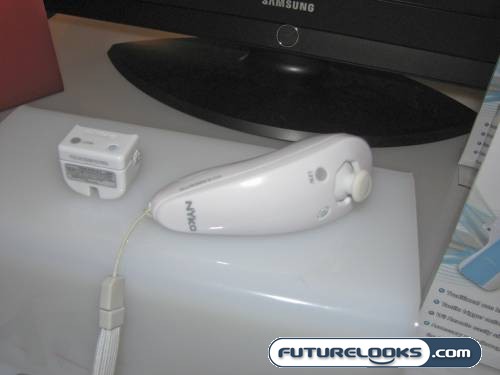