Unfortunately, Microsoft didn’t have a secret Zune Phone for us to look at, but they did have the new Zune 2.0 firmware on display, along with the recently released second-generation portable media players. As you may already know, the 4GB and 8GB Microsoft Zune models are Flash-based, taking on a similar form factor as the second-generation Apple iPod. The 80GB Zune is physically larger, having a similar footprint as the first-gen Zune, only this one is way thinner than its predecessor. 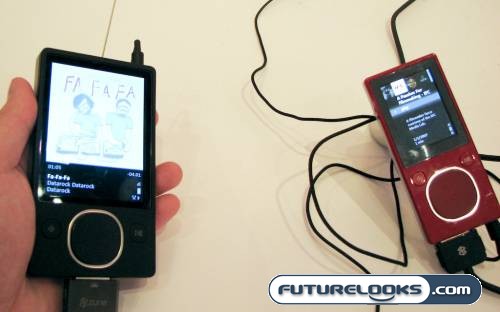 I feel that the Zune Pad controls are a good idea, because it gives you the simultaneous option of doing a conventional five-way “click” or you can swipe your finger across the pad like how you would swipe across the display on an iPod touch or iPhone. The “swiping”, however, isn’t quite as smooth as the Apple counterpart. It’s a step in the right direction for Microsoft, but not enough to dethrone the iPod. 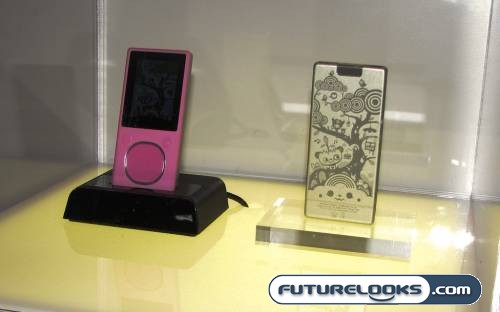 They also had the Zune Originals on display from a variety of designers. These take on more creative colors, contain original content, and feature a unique etching on the back. The Zune Originals were all behind glass cubes, so you couldn’t fondle them like the other Zunes.

On a side note, Microsoft has announced that the Zune would finally be coming to Canada! Dates are tentative, as is pricing, but it’s good to know that MS is making it north of the 49th parallel. The Zune store will be made available en francais as well.

What booth would be complete without video games? Although Bill Gates seemed pretty interested in Guitar Hero during his keynote speech, the “Games for Windows” on display at the booth all had war and battle themes. Seeing how everyone loves Halo and Gears of War, I guess it’s only fitting that this much attention is being paid to the first-person shooter (and related) genre. 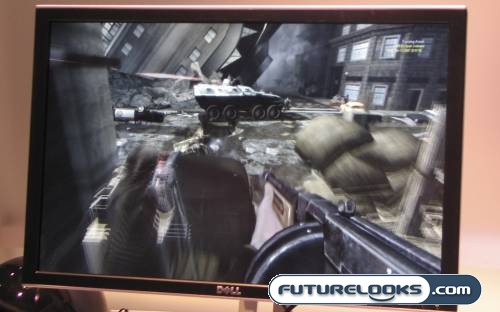 Turning Point: Fall of Liberty was developed by Spark Unlimited and it puts you in an alternate reality wherein Winston Churchill is killed before the start of World War II. As a result, the Nazis prevail and install a puppet president for the United States. You take on the role of not a soldier, but rather an average construction worker. Turning Point is available on PC, PS3, and Xbox 360.