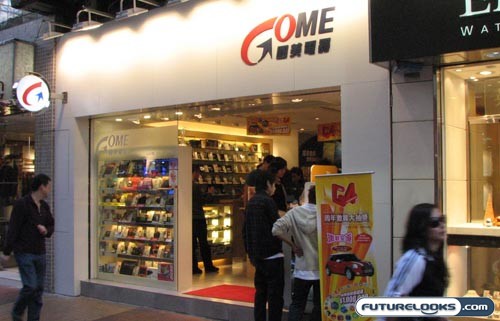 Just because Hong Kong is a few short hours away from Tokyo doesn’t mean that the two cities share the same mobile phone culture. The two cities are actually quite different in their approach to cellular technology. For starters, the variety of stores that cell phones is much more impressive in Hong Kong, because it seems like there are mobile phone stores everywhere, especially while walking around in the Tsim Sha Tsui and Mong Kok districts.  Even the computer malls are filled with corners full of accessories.

The stores themselves are a lot smaller than their Tokyo counterparts. Instead of having a huge seven-floor behemoth, you are presented with a long line of shops that are only a couple hundred feet each. And that’s being generous. They all sell the same types of mobile phones and they offer handsets for a wide range of manufacturers, including Nokia, LG, Asus, Sony Ericsson and more. That means that bartering is possible in the tight confines of some blocks of stores. 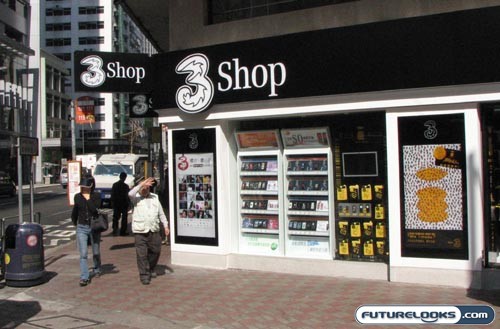 These are largely independent stores, selling unlocked handsets that can work with any SIM card. There are also provider specific locations, like this 3 Shop. 1010 and Peoples are also very popular locations for picking out a phone and a plan.

Another interesting observation was the fact that in Hong Kong, it isn’t uncommon to see busy business people pulling more than one phone out of their pockets, or getting rung a couple phones at a time. One phone would be for friends, one phone for family, and one phone for office or the boss. In North America, if you’ve got more than one phone, you’re either a drug dealer or a pimp or both. 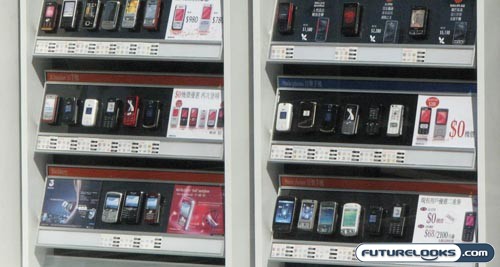 While walking around in Hong Kong, cheaper cell phones were pretty difficult to find. You can find them, but they are usually found used in somewhat shady locations, or are off brands from mainland China. All the stores stocked the latest and greatest, trying to push out things like the Nokia N95 and LG Prada. They also have many more Bluetooth headsets readily available for sale than their Japanese counterparts. I guess that’s because voice is remarkably cheap in Hong Kong. Also, Hong Kong laid down the law for talking on the phone and driving so if you want to drive, you have to use a headset. Prepaid phone vouchers (even SIM Cards and service) are available at just about any convenience store, and they give rates of about 15 Hong Kong cents a minute. That’s less than 2 cents Canadian.