The Asura Genesis Xtreme is capable of making use of PCIe 3.0 4x, but in my test setup, it seems my AMD x370 based Dell motherboard only has the availability of PCIe 2.0 4x. This essentially means the performance of the Asura Genesis Xtreme will be half of what it is capable of. That’s okay though because the speeds that this M.2 NVMe SSD is still able to obtain, you can easily utilize it at a future date if one decides to upgrade the motherboard.

You would think installing an M.2 NVMe SSD into a computer would be pretty straight-forward right? Well, typically, it is. You locate an M.2 slot, stick it in, screw it down, and you’re done! Installing the Asura Genesis Xtreme into this Dell Inspiron 5675 was a bit trickier, as the location of the faster M.2 slot is right next to the RAM modules. 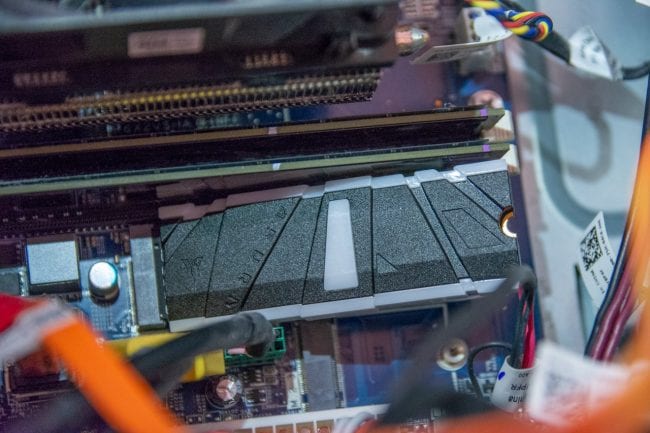 As you can see from the above photo, it was quite a tight fit with the heatsink installed. It is the design of this particular SSD with the LED diffusers that cause this slight issue. Other M.2 NVMe SSDs would probably fit okay, and if I kept just the heatsink on it as well, that would work too. I have noticed that other motherboard manufacturers also give a bit more room around their M.2 slots, but perhaps a motherboard with a built-in NVMe heatsink such as the ASUS PRIME X470-Pro would also have this type of issue and one would have to remove the Asura’s heatsink too. 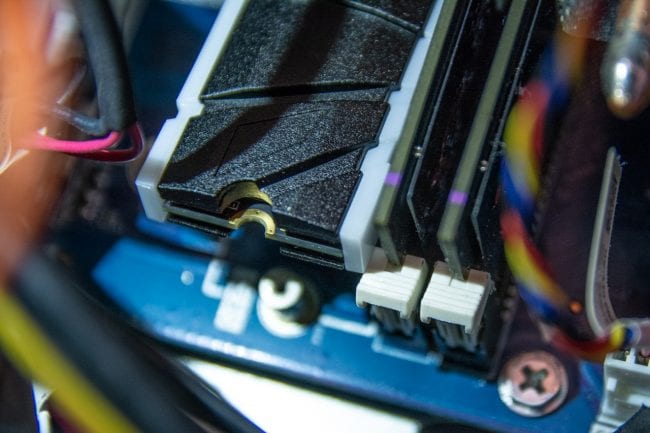 Upon closer inspection, you can see that there is a fraction of the RAM clip stopping the Asura Genesis Xtreme from making contact with the mounting screw. 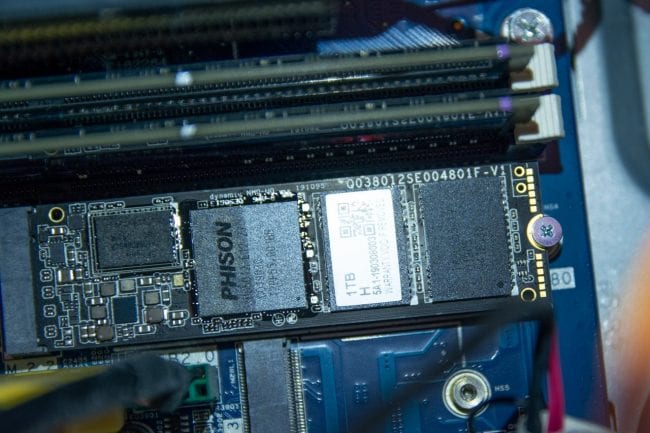 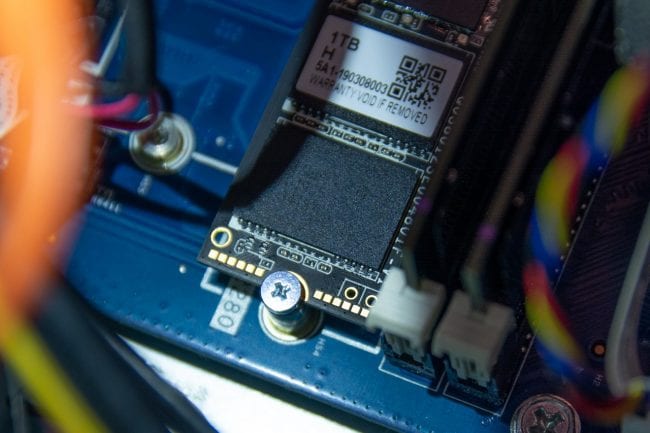 I had to remove the heatsink to get the SSD to make contact so that I could secure it with the screw. The drawback is that the LEDs are very bright and you don’t really get the most beautiful RGB effect without the diffuser. One might also assume the lack of heatsink on the NVMe SSD could also be a drawback. 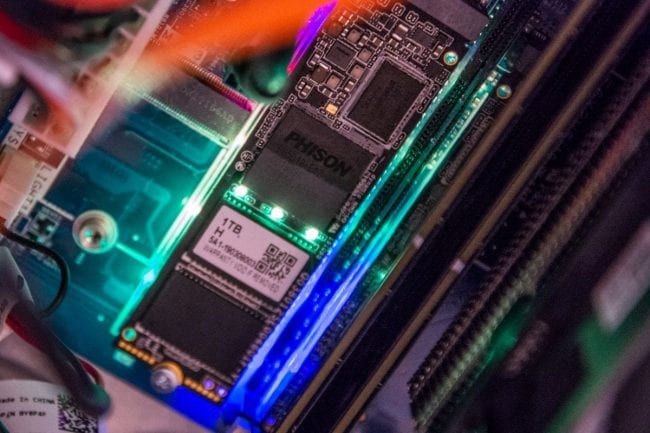 RGB, yes the Asura Genesis Xtreme has 3 RGB LEDs that, by default, have a wave-type animation to them. People seem to be usually split between RGB as they either love it or hate it. Of course, with my Dell Inspiron which has no side window one cannot see the RGBness of the drive. Those who do have side window to their computer can make use of the RGB goodness, but to turn off or change the default pattern might not be something people can do. It is supposed to support Gigabyte’s Fusion, but without a Gigabyte motherboard, I was not able to verify it.