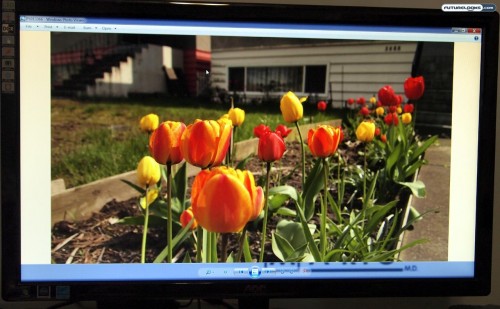 So, how does this WLED backlighting perform? By and large, I was quite pleased with this monitor. Even without doing any real calibration, the colors were bright and vibrant. As is the norm these days, the AOC e2243Fwk comes with a series of different modes, automatically adjusting the settings to suit Internet browsing, movie watching, and so forth. There was little to no backlight bleeding on our sample.

Even though the specs say that it has a 50 million to 1 contrast ratio, you know that numbers that big have to be a little inflated. Most real numbers are in the four digit range. While it’s true that the whites were very bright, I found that the blacks could have been darker.

Of course, you don’t get that silky smooth black unless you get a plasma or AMOLED (neither of which really work for a conventional computer monitor). You could dial down the brightness to get darker blacks, but then you lose out on some of the brightest whistes. 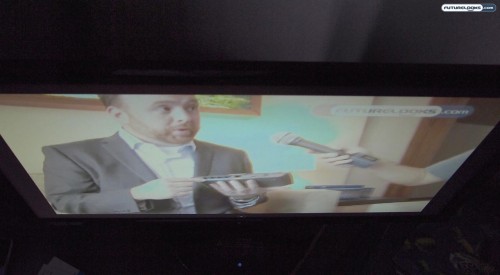 The viewing angles on the AOC e2243Fwk are within the acceptable range, but you do notice some issues as you get into the more extreme angles. This is to be expected from LED backlit LCD monitors as the backlighting can come into play.

You start to experience a loss of detail at more extreme horizontal angles, as the image starts to get washed out at the far end. This is even more pronounced with the vertical viewing angles, as just about everything starts getting blanketed in white. It’s unlikely you’ll ever use it at this angle, but it is definitely noticeable. 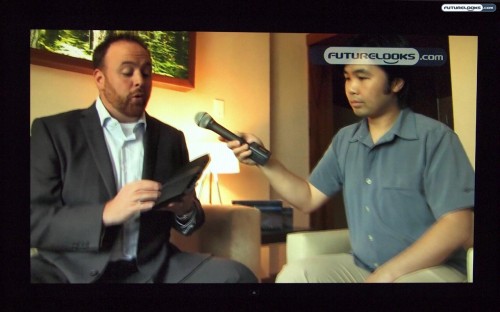 Let’s start with just video. I tried watching a series of YouTube videos at 720p from a range of different sources, as well as some local video files at the same 720p resolution. As before, the colors were quite vibrant and I didn’t notice much in terms of motion blur. Of course, if you plan to do video editing or photo editing, it’s always a good idea to calibrate the display. Still, out of the box, it looked pretty good.

Similarly, in going though some test gaming sessions (mostly Team Fortress 2), the screen was able to keep up with the action without too many concerns about motion blur or ghosting. This has largely become a non-issue for most modern LCDs and this offering from AOC is no exception. The smaller size of the monitor and relative thinness also makes it ideal to take along to LAN parties as your primary display. 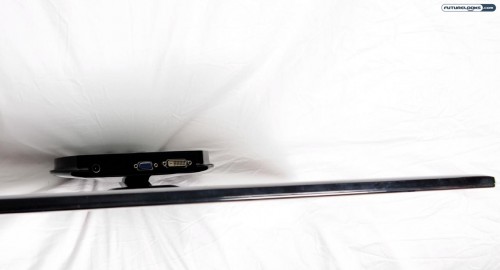 There is a lot to like about the AOC E2243 Fwk LED LCD monitor. You really have to see this super thin profile to believe just how thin it is. It has the same kind of thickness as a pencil, which is pretty incredible. The bezel is equally skinny.

The LED backlighting makes for a very nice panel, especially when it comes to the vibrant colors, but you will notice some washing out at more extreme horizontal and vertical viewing angles. This is a non issue for when you’re close up working or gaming in front of the monitor of course. While the glossy black plastic is visually appealing, it is also very quick to attract dust.

You may not be immediately familiar with the AOC name, but based on a screen like this, it certainly shouldn’t be ignored. In fact, many of your favourite LCD monitors may actually contain a panel built by AOC. That said, with an average street price of $149 or less, this monitor will have a hard time competing against more aggressively priced LCDs from Asus, Samsung, and other better known brands. Not to mention, most people may shy away from a monitor that does not have a brand they recognize.

Overall though, if the pricing were a few dollars less than your next name brand at retail, there truly isn’t anything not to enjoy about this very thin monitor. Not to mention the desk space you’ll save.