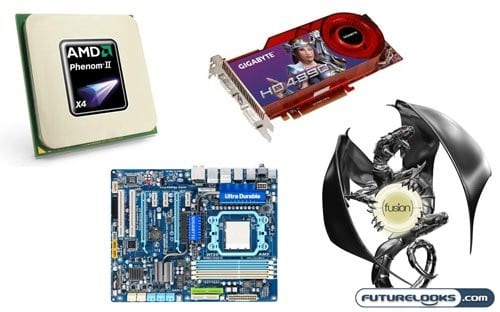 Since the Dragon platform isn’t so rigid in its requirements, the follow-up configuration to reach reviewers wasn’t too far behind. This Dragon is strictly for gamers and those that need the most power for the least coin, hence the company line of “Performance Per Dollar” this time around. The configuration is based on AMD’s flagship quad-core CPU, top end HD 4800 series video card, and a 790FX based motherboard. Like many other Dragon configurations, this particular setup supports all of AMD’s tweaking utilities. With this setup, or one similar, you can take full advantage of the AMD Fusion for Gaming utility, tweak to your heart’s content with AMD Overdrive, and fully enjoy AMD Live! Media Explorer.

Worth the Price of Admission?

Speaking of “Performance Per Dollar” or better known as bang for the buck, we should probably touch on that before taking a look at the performance numbers. This is especially important when we start to consider the big picture on how these platforms stack up against Intel’s best. The one thing that AMD has almost always had going for it was that it was the less expensive to build a top notch AMD system than a similarly equipped INTEL system.. The icing on the cake was that AMD didat one point also hold the performance crown. While that reign ended more than two years ago, they’ve still managed to hold on to the lower price brackets with their builds. 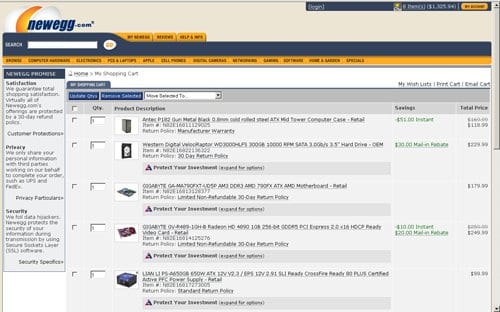 With the release of Intel’s top end Core i7 the price difference between an Intel and an AMD system has widened significantly. To illustrate this I priced out both the entry level and top end Dragon systems at a major online retailer. The price for both systems was $1050 USD and $1350 USD respectively. This was before taxes and shipping and was only based on the system itself; no peripherals were included. This is very inexpensive when compared to a similarly constructed Core i7 based system. The Spider platform wasn’t priced out because it’s now out of production.

AMD has aimed their platforms not at the Core i7 though, but rather at the Core 2 based builds and seems to be doing a very good job at these price points. Although clearly, Core i7 is superior to anything AMD has at the moment, the Dragon Reloaded and Dragon do very well against Core 2 and still costs quite a bit less, allowing AMD to run with the “Performance Per Dollar” line. Still, this article is about a sibling rivalry. About how far AMD has come from Spider to Dragon to Dragon reloaded. Let’s continue shall we?

Since this review is a straight up, head-to-head comparison of what are effectively three separate computers, we are just going to cut to the chase and list off the benchmarks and what they mean. Here’s the components you’ll find in common in all three configurations:

That’s pretty well it for common components. In addition to those components, the Spider system features an AMD Phenom 9850 BE CPU, an Asus M3A32-MVP Deluxe motherboard, and a Sapphire TOXIC HD 3870 video card. Both the Spider and entry-level Dragon platforms share the same OCZ 4GB PC2-8500 Gold Edition dual channel DDR2 kit, due to some compatibility issues with our standard Corsair kit and the Asus M3A78-T motherboard used in the entry-level Dragon system. To round off the entry-level Dragon rig, we installed an AMD Phenom II 720 triple core CPU and a GIGABYTE Radeon HD 4850 video card. 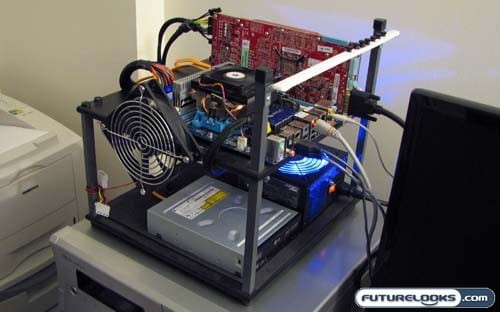 The pièce de résistance of this showdown is the system pictured above. This is the top end system we’ve put together for this article, with the help of AMD and Gigabyte. Though this isn’t the most opulent AMD Dragon configuration you could throw together, it’s fairly representative of the average gaming system, and as configured can play most games at a decent clip. Over and above the common components already listed, we have installed and AMD Phenom II X4 955 Black Edition CPU, a Gigabyte MA790FX-UD5P 790FX based AM3 motherboard, a Corsair XMS3 DHX 4GB DDR3-1600 dual channel memory kit, and a Gigabyte Radeon HD 4890 1GB PCIe video card.

As for benchmarks, we are throwing everything we can at this siblin rivalry. You’ll see tests for the CPU, chipset, bus, hard drive I/O, memory, and graphics. We are using both synthetic and real world tests in the hopes or not only finding where each system has strengths and weaknesses, but where the best bang for the buck lies.