It’s hard to tell from the press release we received whether the word ‘Premier’ is part of the model name, but ADATA has released the Premier SP550 SSD. This latest SSD uses top tier tech to offer an affordable SSD without compromising performance. 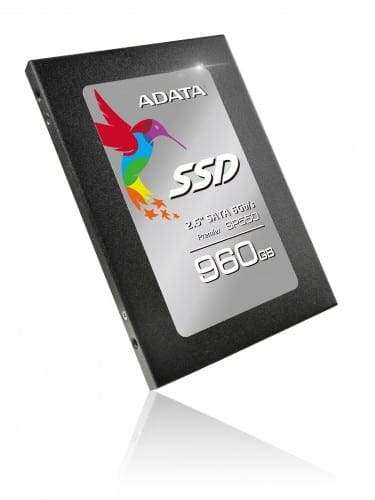 On the surface, the Premier SP550 SSD looks like a fairly typical modern SSD. It features a SATA3 interface and boasts 500+ MB/s read/write speeds. It comes in 120GB, 240GB, and 480GB capacities. The defining characteristic is in the controller ADATA has used on this drive.

The Premier SP550 is the first ADATA drive to include the Silicon Motion (SMI) SM2256 controller. This controller uses a technology called NANDXtend to help implement a number of advanced SSD technologies. These technologies will make for a more secure and stable SSD, with much better performance then other drives at similar price points.

No availability date was mentioned in the announcement, but the ADATA Premier SP550 SSD will be available from Newegg and Amazon with prices starting at $69.99 for the 120GB model. You can view more info in the press release below.

Ideal as a Cost-Effective, High Performance Upgrade
The Premier SP550 uses TLC flash and the latest SMI controller as a great upgrade solution with a superior cost-performance ratio. Compared to other SSDs, it features outstanding durability, as indicated by higher total bytes written (TBW) ratings, which mean the number of times a drive can write a specified capacity in one lifespan. While a TLC SSD, the Premier SP550 employs SLC caching for faster read/write performance when needed. It further supports SATA DevSlp (device sleep) low power mode to reduce electricity costs and provide longer notebook battery life.

Availability:
The Premier SP550 SSD will be available at Amazon.com and Newegg.com.