I figured that when taking a closer look at the ABS FX-8 USB DTS Surround Sound gaming headset, the first and most obvious part was to crack open the ear cups. By "crack open" I mean "easily remove the ear pads, revealing the speaker configuration underneath." 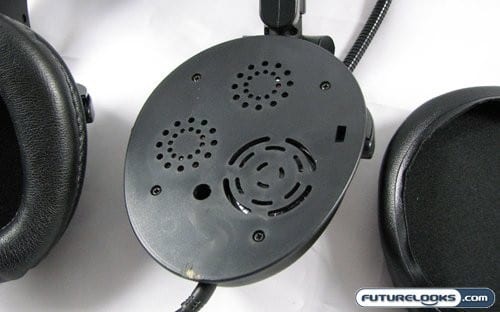 On first inspection it appears that the headset is short one speaker, until you look down the little hole and find the rim of the subwoofer behind the other three speakers. As for the ear cups, as I mentioned they are easily removable which should aid in cleaning down the road. ABS doesn't include a replacement set, so if you rip these in any way you are stuck with the sock method of replacing your ear pads. 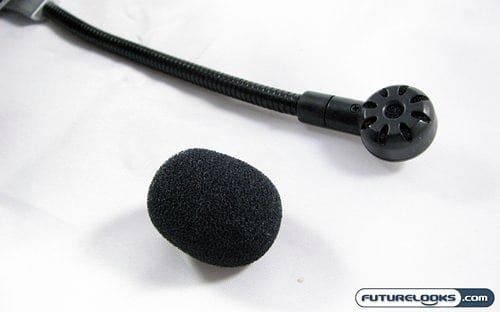 The boom mic on th FX-8 headset is permanently mounted to the right ear of the headset; no removable mic here. Still, it is fully adjustable, and can be rotated out of the way. The mic itself is rather large, and should be able to capture all but the most mousy of voices. Overall construction seems a little lacking.

The hinge the mic boom rotates on has a fairly loose, and over time seems like it may wear out. That is something that would have to be observed over time though. 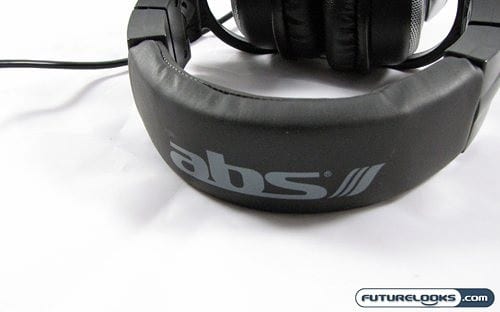 The headband, though not heavily padded, is actually rather comfortable over extended periods of use. At its default size it fit my head just fine, and I have a rather big head. You can expand the headband to a rather excessive size, so if your head is the size of a watermelon you are pretty well set.

As for the fit and finish, there was also a couple problems here. The little plastic inserts on the arms holding the ear pieces keeps coming out. Generally the headset doesn't feel as solid as it should. 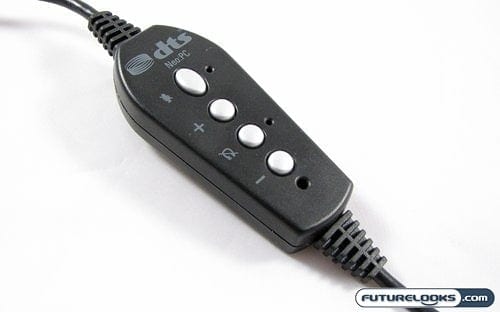 The fit and finish issues continued with the inline control. They work, but the button movement feels hollow and fragile. Sometimes button pushes won't register.

The three indicator LEDs are small and buried well below the holes that are supposed to project their light. This makes all but the brightest blue one on the bottom hard to see. To add insult to injury, after a long period of time the inline control gets rather hot. Hopefully this headset has a stellar performance in our tests, because the overall build quality is a little lacking.