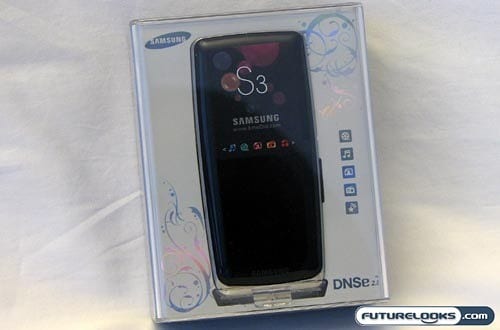 As much as some of its competitors may wish otherwise, the first name that always comes to mind for most people when it comes to MP3 players is the Apple iPod. You can really blame them, I suppose, considering that his Royal Steveness enjoys that much market share for MP3 players. Samsung won’t be dethroning the Cupertino crew any time soon, but the Samsung YP-S3JCB portable media player could prove to be an affordable and viable alternative to the iPod.

Also known as the Samsung S3 for short, the YP-S3JCB tackles the same segment of the market as something like the Apple iPod nano. How does it stack up against the iPod? How about against even cheaper no-name alternatives? Let’s find out! 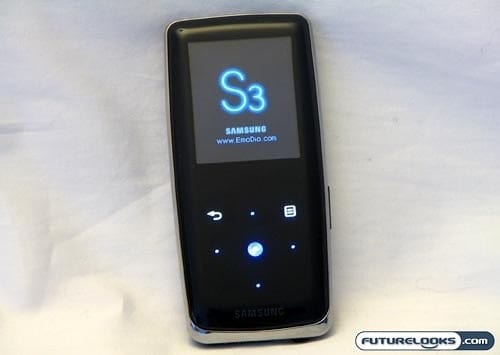 Just as there are different capacities for the iPod nano, the Samsung S3 comes in a few different variations as well. The exact model being discussed in this review is the Samsung YP-S3JCB. From what I can gather, the “C” in the model number signifies that this model has 8GB of internal flash memory. Going through the Samsung catalogue, I also find an “A” variant (4GB) as well. You also get to choose from a few different colors, depending on your personality and preferences. The understated black version is shown here, but if you’ve got a little more spunk to spare, you can also find the Samsung S3 in green (G), blue (L), pink/red (R), or white (W).

Aside from capacity and color, some of the notable features include the 1.8-inch QCIF LCD display, touch-sensitive LED controls, DNSe sound engine, FM tuner/recorder, and support for MP3, WMA, and Ogg Vorbis files, in addition to support for video files (MPEG4), digital pictures (JPEG), and plain text (TXT). Let’s see how these features play together.

I like the approach that Samsung usually takes with packaging its MP3 players and the YP-S3 is no exception. Inside the clear acrylic case is the media player itself, suspended in space with a plastic clip. After removing the slim music player and popping off the top layer, I discovered a small white pouch containing the various accessories. 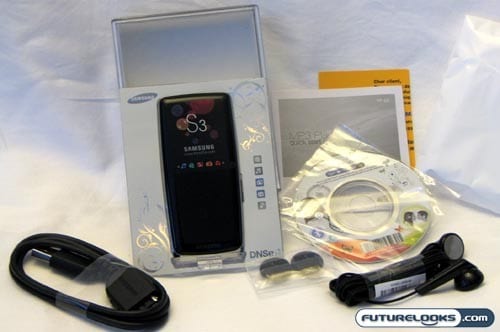 You get a fairly standard set of earbuds with foam covers, a USB sync cable (which also acts as the charging cable), an installation CD, and the usual documentation. There’s nothing too out of the ordinary here, though I would have liked to see a standard wall charger. That said, it should be noted that iPods don’t come with a wall charger either.