Aside from its classic chrome accents and piano black finish, one of the first things to catch my eye about the Samsung YP-S3JCB portable media player was the small sticker covering the display. It had the regular Samsung logo and some slim text that exclaimed its S3-ness, but then there was also a small URL typed underneath the Samsung name. It read www.EmoDio.com. 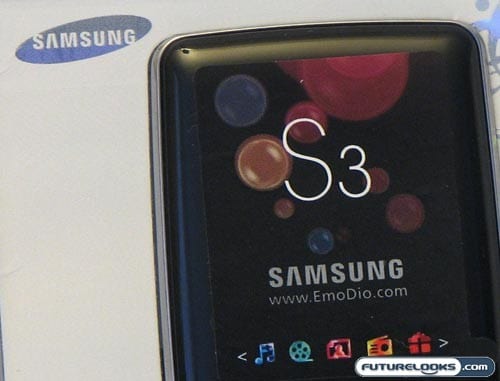 Half-jokingly, I laughed to myself thinking that Samsung was trying to market the emo kid demographic with the S3. With a little bit of a research, I quickly discovered that this wasn’t all that far away from the truth. I haven’t figured out what the “Dio” stands for (diode?), but the “Emo” really is short for “emotion” or “emotional.” Yes, like an emo kid.

In many ways, you could say that EmoDio acts as Samsung’s response to the Apple iTunes application. In previous iterations, Samsung had its own media suite as well, but EmoDio goes a little further by offering more customization and an easier ability to create playlists. You can download designer skins and preconfigured EQ settings from the EmoDio website. Do you enjoy My Chemical Romance? EmoDio may be for you. 🙂

Don’t worry. If you’d prefer to be a little more conventional, the Samsung S3 will also sync through Windows Media Player instead. 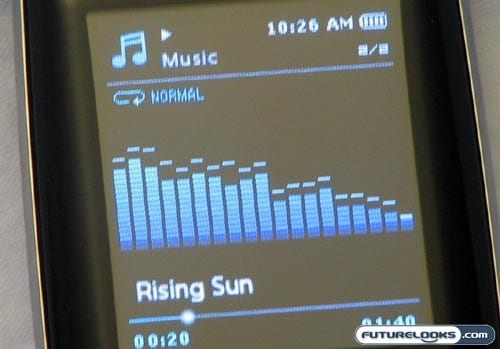 Packaging and the software suite don’t matter nearly as much as the musical experience on the player itself. Running the Samsung S3 through its paces, I found that it offered decent sound quality through the provided earbuds. I wouldn’t say that the sound quality blew me away and it didn’t really matter if I tried rock, rap, or rave. It’s pretty much what I expected from a regular MP3 player playing regular MP3 files. That said, I would say that the crispness and clarity were at least better than the no-name knockoffs that you may find from a shady Hong Kong eBay seller, or at the local Chinese Night Market.

Bumping it up a notch, I tried a couple of more expensive noise-isolating earphones and found the sound quality to be significantly improved. The bass was rich enough for me to enjoy Kanye West’s work, but the sound didn’t feel “hollow” in any way. Clearly, you shouldn’t expect the most amazing aural experience with the S3, but you shouldn’t have those kinds of expectations for the iPod either. 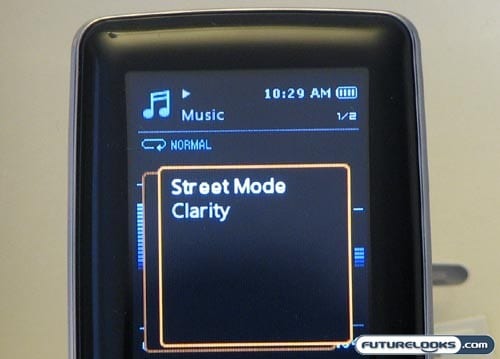 Did the S3 disappoint? Not at all. It just didn’t blow my mind either. The “Street Mode” is designed to help compensate for public road noise, but without a decent set of “shut out the world” earphones, you probably won’t get much out of that feature anyhow.