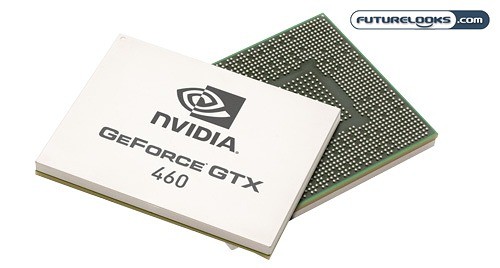 As we’ve said in a previous article, nVidia’s GeForce GTX 460 GPU has really reignited the battle in the $200 US price range for a capable graphics card that can actually play your games. AMD has recently responded with their HD 6xxx series which starts at $179 US and is aimed squarely at nVidia’s $200 price point darling. And then another salvo gets fired by nVidia who promptly responded with a set of price drops that brought the price of the GTX 460 1GB to $199 from $229 US and the GTX 460 768MB from $199 to $169 US. That means that come this holiday season, the choices are going to get harder for the mainstream or budget gamer.

One of the things that make picking a card easier are the differentiating factors. Price and bundle are always the first things that come to mind. But design and cooling solution also factor in because that leads to the overclockability of the card. Some cards come pre-overclocked while some cards are born to overclock.

Today we’re looking at two cards that embody many of these differentiators: The MSI N460GTX Cyclone 768D5 OC Edition and the ZOTAC AMP! Edition 1GB. 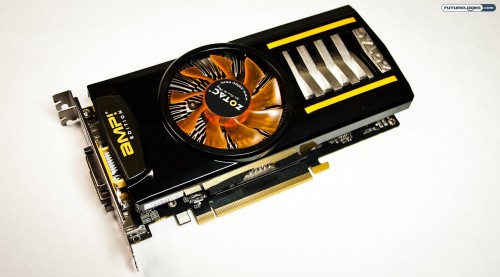 The company with the weird name has been in the nVidia game now for quite some time. As a die hard nVidia supporter, the company refused to jump ship when times were rough and instead carved out some other niches in mini-ITX systems as well. Here’s a quick video unboxing and overview of the card:

When it comes to overclocking, there are different strokes for different folks. Some want a guaranteed overclock so that they can frag on without effort, while others want to earn it with a careful tweak. ZOTAC’s hand picked overclocked GPUs do provide a handsome 810 MHz which is over 135 MHz over stock, but it certainly isn’t the highest on the market.

What the ZOTAC AMP! Edition gives users is a unique looking video card with a custom cooling solution and up to two games to play with right away for a reasonable $229 US after rebates. Factor in the cost of two new games and add a lifetime warranty on top, and that $30 premium over regular MSRP doesn’t seem like a bad deal at all.

In The Other Corner: MSI N460GTX Cyclone 768D5 OC Edition

This MSI card launched with the GTX 460 not so many moons ago. In fact, this is the same card featured in our launch article. While not much has changed, the price sure has with recent price drops and it still has one of the quietest and best performing cooling solutions available. Here’s a quick video overview of the card including an unboxing of what you get inside:

The main feature that differentiates this card from the ZOTAC, besides memory is not the milder overclock, nor is it the memory. But it’s the fact that the card offers a voltage adjustment that allows you to potentially get much higher and more stable overclocks far exceeding any hand picked GPU on the market. This is accomplished with MSI’s excellent “Afterburner” overclocking utility that combines not only the basic tweaks, but also software that validates your overclock through an intense burn in routine.

The MSI GTX 460 Cyclone 768D5 OC Edition can now be found for as low as $169 US with a free game for a limited time. While the bundle is pretty bare bones, folks looking for no games, but all the performance can get it with this card.