People want to know why these guys overclock. The answer isn’t quite as technical or surprising as you might think. More than half started overclocking to keep up with the more advanced video games which caused their frame rates to drop below what they felt were acceptable. The benefit of overclocking gave them the extra performance they needed and postponed the need to upgrade to a faster system. 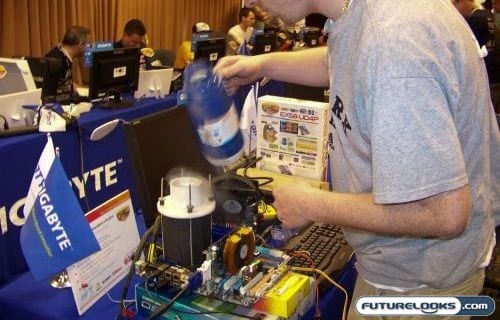 A few of the top overclockers like this year’s winner, Jeremiah Allen, were simply interested in what they could squeeze out of their system in terms of frequencies and processing power. Once it started becoming more popular, some simply wanted to test their own prowess and abilities against others already in the circuit. They did a little research, ordered in some computer parts and started overclocking.

Ultimately, this spawned benchmark wars where everyone was consistently trying to surpass each other. The number of general overclockers has gone from a few enthusiasts to  hundreds of thousands around the globe. Extreme LN2 (Liquid Nitrogen) overclockers aren’t as numerous but, they have set world record after world record looking for that next big overclock. 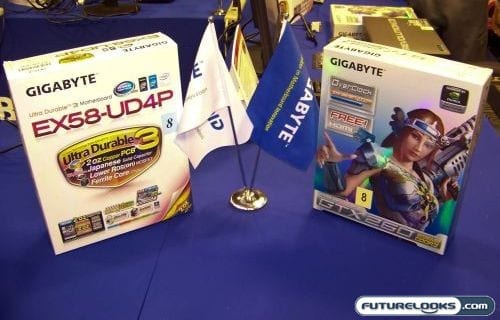 These guys are also helping improve things for the regular users whether they know it or not. Competition and enthusiasm push manufacturers of every computer component to produce higher quality products. This is not unlike what Formula One does for car manufacturers. By pushing their designs to the limit, the weaknesses are revealed, and improvements can be made. A good example of this hands on R&D would be the GIGABYTE EX58-UD4P motherboards used in the competition.

Although they cost far less than many top of the line boards available including GIGABYTE’s own GA-EX58-Extreme and GA-EX58-UD3R, the proof of concept is provided through the overclocking of Intel Core i7 965 CPUs that normally sit at 3.2 GHz, to an excess of 5.2 GHz. This is what these guys would call, “getting your money’s worth”.

Advice for the Newcomer

Before you go pouring LN2 all over your shiny new motherboard, there are a few things to consider before attempting this kind of performance. We asked as many participants as possible about how hard overclocking was and whether or not they felt that anyone could do it. We also asked them what the basics were to get started. Here’s what Jeremy Clifton aka “Sno.Icn” had to tell us about where he got started and what novices should consider when jumping into the world of overclocking:

Like Jeremy, everyone at the event said anyone can learn to overclock. “Start small with regular air cooled systems and/or water cooling“ said Jeremy. “Once you have the experience needed, move up to more extreme methods of cooling if you want to get in on the action”, he adds.