Laying Out the P55 Chipset Differences

Making sense of the key Chipset differences is once again easier thanks to the folks at Intel. The handy little layouts point out the obvious changes between dual and triple channel memory as well as the lack of the Intel Turbo Memory feature. The only other big change is in regards to supported PCI Express 2.0 slots. 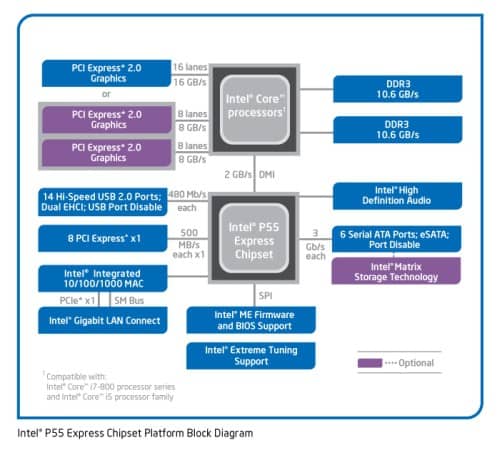 As we’ve seen with the X58 motherboards, don’t be surprised if you find better bonus features like a Creative X-Fi Codec rather than Intel’s standard Realtek HD Audio solution. Also, depending on the particular P55 motherboard, it may offer dual x16 or dual x8 PCI Express 2.0 slots. 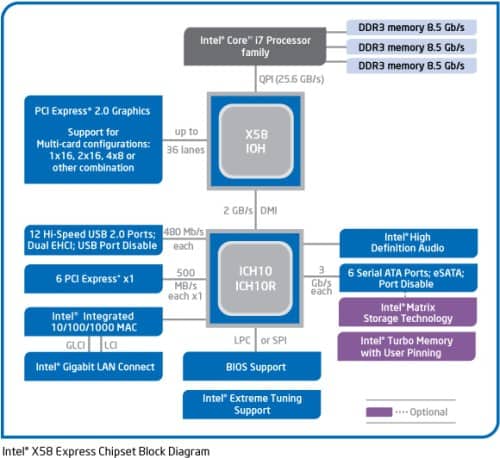 What you can’t see in any diagrams are any supported overclocking benefits. This heavily depends on features like a motherboard’s VRM and BIOS programming. Typically, dual channel memory based systems have had far better success in this respect. During the GIGABYTE P55 Launch Party, some Kingston HyperX 2133 MHz DDR3 modules were pushing the 2500 MHz barrier. Try that with a triple channel memory based system!

Rather than flood your brain with even more crazy features and specs, here are the basics of the Intel DP55KG Extreme Motherboard utilizing the “Kingsberg” P55 Chipset. 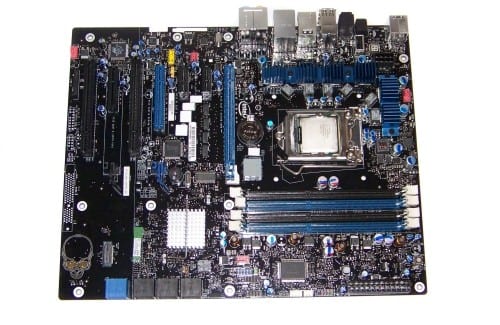 Speaking of multi-GPU support, a few small chip additions operate the PCIE 2.0 slots 8x/8x rather than 16x/16x like we normally like to see. Multi-GPU performance will take a slight performance hit as usual. However, don’t expect to see its effects unless you’re using very high resolutions. 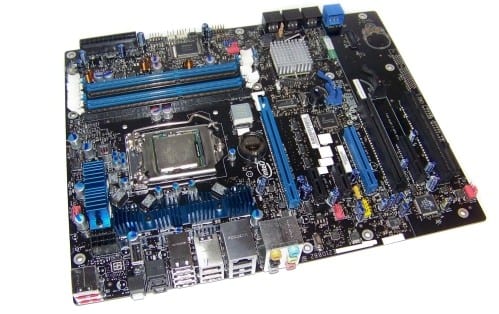 Some other goodies include the Watchdog Timer, Back to BIOS Switch, Post Code LED, ChiL* digital components, along with the Intel Desktop Control Center. The DCC has been a pretty slick way of messing around with one’s Intel based system if you don’t like messing around with the BIOS. For some users, that’s the easiest way to clock up. But, the rest of us still prefer using the BIOS.

You’ll find the DP55KG BIOS to be quite simple without too much flash. Intel engineers put every kind of setting and option in the most logical of places. You should find it easy to navigate. Keep in mind that other P55 motherboards will be different. The bottom line: don’t lose the manual.

We’ll be looking at other variations from all the major players very soon so make sure you keep those bookmarks handy!