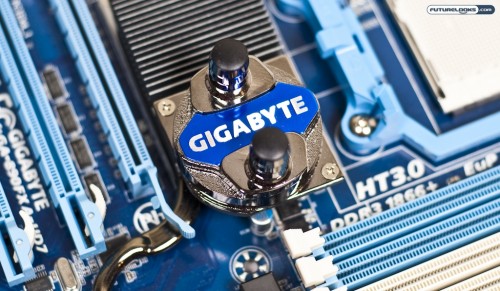 When we reviewed the 890GX platform, we called it the most versatile and bang for the buck platform from AMD yet. However, with the launch of the new Phenom II “Thuban” X6 CPUs, AMD needed more than just a chipset with an integrated GPU solution to please all those hardcore enthusiasts out there. So with the launch of the X6, they launched the new 890FX chipset.

We took a brief look at GIGABYTE’s GA-890FXA-UD7 in the Phenom II X6 1090T CPU review, but now it’s time to go a little more in depth with AMD’s flagship platform. We get a chance to poke and prod it just a little more today to see if GIGABYTE’s top AM3 board is worth your adoration.

We’ve already gone through many of the features in our Phenom II X6 1090T review. However, if you need more details specs, you can check out GIGABYTE’s product page. What we’re going to here is pick out some of the more interesting features to go a little more in depth as we continue on with the review.

Form Factor – At 32.5cm x 24.4cm in size, GIGABYTE calls this their ATX-XL form factor. This is one enormous board, larger than even E-ATX. It is so XL that it doesn’t even fit on my standard HighTechPC XL Top Deck Tech station, which I found out in the CPU review. While it should still fit in some mid-sized towers, it is clear this board is made to live in a full sized ATX enclosure. 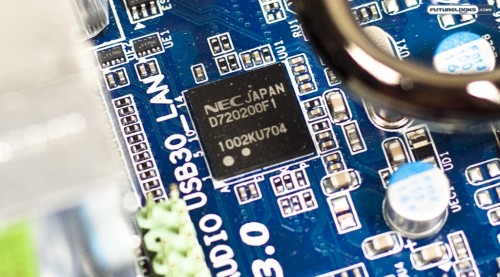 USB On/Off Charge – GIGABYTE’s 333 onboard acceleration not only specifies USB 3.0 and SATA 3.0, but also 3 times the USB current which allows it to do something called USB On/Off Charge. Regular USB ports don’t supply enough power to give your smartphone a quick charge, so GIGABYTE has written a driver to allow the board to push out enough juice to give even a demanding iPad a proper charge. The board also continues to use the Japanese made NEC USB 3.0 chip which seems to be the standard, except for in the case of the ASUS 890GX board that we encountered in our round up article.

Smart Dual LAN – Unlike traditional dual ethernet ports on desktop boards, the GIGABYTE GA-890FXA-UD7 uses a server spec that specifies that in the case of a malfunction on one of the ports, the working chip will simply takeover without needing to reconnect the cable. The dual Gigabit ethernet ports also support teaming through the Realtek Ethernet utility, giving you double the bandwidth, which is helpful if you’re using the board for a file server.

UltraDurable 3 – Back on the 890FX is GIGABYTE’s Ultra Durable 3 technology. This technology is standard on many of GIGABYTE’s board’s and gives the product lower overall operating temperatures and better overclocking. It also helps to increase power efficiency, decrease the chance of electrostatic discharge damage, while lowering impedance and EMI interference. This technology is made up of a standard 2oz PCB, solid Japanese made capacitors and ferrite core chokes. In the case of the GA-890FXA-UD7, the ferrite chokes are fully covered and resist extremely high temperatures. 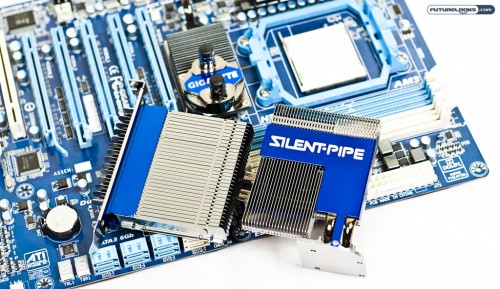 Hybrid-Silent Pipe 2 – This massive northbridge heatsink system is said to increase cooling performance by up to 30%. Though this isn’t new to GIGABYTE motherboards as we’ve seen this same system on previous X58 boards, it does possibly give the board an overclocking advantage when pushing higher voltages.

Precision OV – GIGABYTE has implemented hardware over voltage control ICs that allow more control options over CPU, NB and Memory. Because it is a hardware solution, it provides real time voltage control without delay and finer stepping controls starting at 20 mV increments. This should help with difficult overclocks that would traditionally fall between wider ranges.

Auto Unlock – Finally, GIGABYTE provides a hardware microprocessor that allows for Core-Unlocking. This feature allows you to automatically unlock the disabled cores on some AMD CPUs, typically X2 or X3 based Phenom II processors. This should also allow the board to unlock future 4 core CPUs to 6 cores once more processors based on the new Thuban core start showing up in various core configurations.

Since this board is definitely built to overclock and unlock, we’ll definitely be checking to see if these features will have any impact on performance when we start pushing up some voltages. We didn’t really push it hard in our initial X6 processor review, so we’ll try to take it a bit farther in this review to see where we can take our 6-Core CPU this time.

GIGABYTE has launched this board into the market and is available now for a premium price of $249 US. It also has a little brother called the GA-890FXA-UD5 which should hit the $179 US price point. The main difference between the two is that the UD5 will lose the quad CrossFireX support and take on a standard ATX form factor versus the XL-ATX size of the UD7.