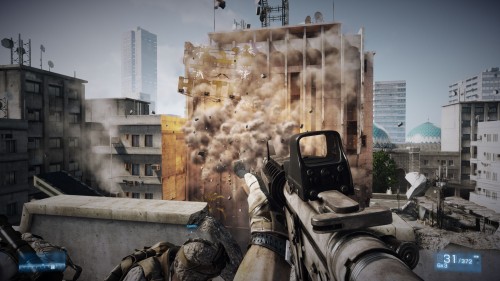 This past October we saw one of the biggest game releases of the year. Battlefield 3 has been a huge success for Electronic Arts, selling over 7 million copies in 30 days. After playing the game for almost three months on an array of differently equipped PCs I can safely say that BF3 has already established itself as the go-to multiplayer game for LANs and rainy nights for years to come. But the game is not without its shortcomings, and sadly most of those are linked to EA’s less-than-awesome Origin content delivery system and legendary lackluster user support. Along with a map pack that could leave buyers feeling like they might have drawn the short stick, will it be enough to knock BF3 of its throne? Well, the honeymoon period is over, so let’s find out! 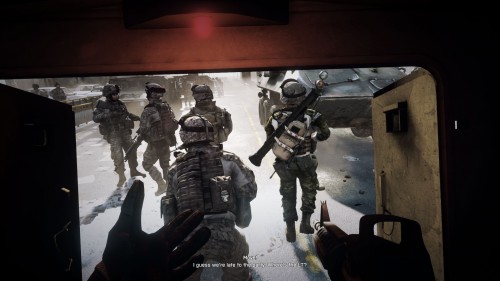 Since the public beta and my preview in October at GeForceLAN 6 not much has changed about BF3. The graphics still look great, the interface is slick and the Battlelog system (the browser-based matchmaking and server finding system) is innovative, if not a bit tedious on your first try. You may find yourself turning down the detail settings if your rig is more than two years old, but even with a mid range 2009 system, I was able to play at my monitor’s resolution without having to turn off anti-aliasing or particle effects completely.

The game looks absolutely amazing on top tier hardware – the best visual experience to be had on a PC right now. A game like Elder Scrolls V: Skyrim may have great views, but that would be a bit like comparing a leisurely stroll in an alpine meadow with snowboarding off the top of a mountain peak – this game is extreme! 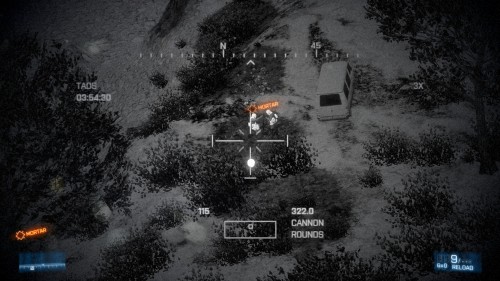 Single player gameplay in BF3 takes a cue from the more dialogue-driven entries in the Battlefield franchise – Bad Company to be specific. Every other Battlefield game has been almost exclusively multiplayer so it’s good to see the innovation at work in a storyline situation. The plot is somewhat predictable – your typical hostage/special ops/rescue kind of idea.

Throughout the game you end up playing a few different characters, something that’s getting a little tired. Let’s see a game that follows one character through a proper plot rather than a chopped up storyline that seeks to take us to five different kinds of locations and battle environments. A progressive, expansive game world like that of Half-Life or Half-Life 2 would be incredible if it were played in the realistic military setting of BF3.

At the end of the day BF3 does deliver some very authentic military combat situations, even if the “Follow” icon slows down the flow of gameplay.

Grab a Friend: Co-Op is Here 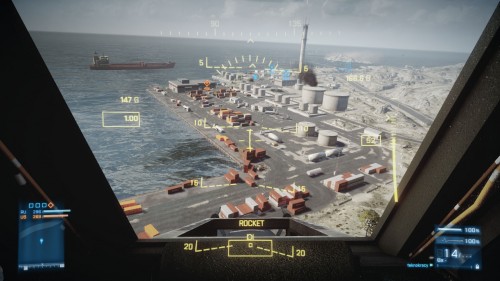 I’d be lying if I said that anyone out there was buying BF3 for its single player campaign alone. This game, like its predecessors, is all about multiplayer. And boy does it deliver!

Bridging the gap between single and multiplayer is a co-op mode. Grab a friend online and take part in a campaign of mini-missions that earn you unlocks for multiplayer use. And you’ll need those unlocks to keep up with everyone else. A very well tuned rank and abilities system will keep you playing the game for months. Each class has unlockable weapons, gadgets and more. And when you level up, you’ll unlock more abilities and uniforms than you can imagine.

Battlefield 2 tried (and failed) to implement a usable system like this long before games like Call of Duty made it standard, so I’m glad to see that BF3 was able to pull it off properly.

Multiplayer Madness is Back in a Big Way 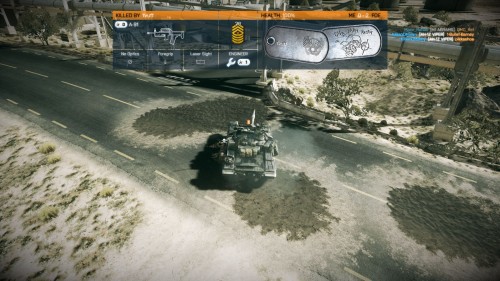 There really is nothing like hopping online in to a 64-player map, getting in to the gunner position of a tank, and cruising toward the nearest capture point. Along with the unlocks (which give you some very useful vehicle upgrades, too) the mutiplayer mode of BF3 is unlike anything I’ve ever experienced in a first-person shooter.

Gameplay is almost identical to previous BF games, but about 1000% cooler – destructible terrain including buildings that fall down and mines that leave craters, jet combat that isn’t impossible, and terrain that looks downright realistic are just some of the things you’ll experience in-game. And yet when you switch away from the more classic Conquest mode to something like Squad Rush, the gameplay changes completely. Without vehicles or huge maps to hide in you can really hone your skills with a rifle or pistol, just make sure you watch those control points!

The Origin of the Species 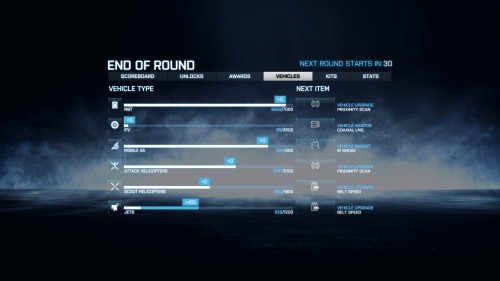 Outside of gameplay, there’s another part of BF3 on the PC worth talking about. Origin launched this year as a direct competitor to Valve’s Steam and other content delivery systems. Since Electronic Arts is the world’s largest video game publisher, we’re going to have to get used to Origin. In fact, many users were angry that BF3 wasn’t available on Steam.

A very back-handed and passive-agressive note on EA’s forums seems to suggest that Valve is evil and that EA is the only company that knows this (anyone who’s spent any time on Steam, or playing one of Valve’s many awesome titles knows otherwise). Origin is a great system in itself, and our comparison of it and Steam really clears the room of that debate, but I can’t help thinking that EA developed Origin just to spite Valve.

At the end of the day, gamers are caught in the cross-fire and now we have to split our gaming experience across two different content systems – maybe some day this lovers’ quarrel will be over and everything can coexist.