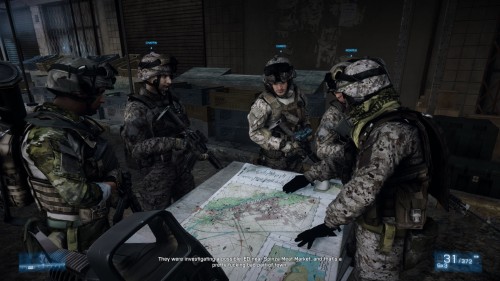 I didn’t want to spend two paragraphs writing about Origin, but I’ve had an inordinate amount of trouble with the service so it’s worth talking about it some more.

When I purchased the Back to Karkand expansion (more on that below) there was no indication on my games list that I’d actually purchased it – but my credit card was charged and a receipt appeared in my inbox, so it must have gone through, right? Battlelog allowed me to choose Karkand as an option (as it did before I “purchased” the DLC) but I still wasn’t able to play the game.

EA has also warned owners of the Limited Edition (which includes access to the expansion) that “it is possible to buy Back to Karkand even if you already have access to it via the Limited Edition, so please be careful.” Not very reassuring, to say the least – because Origin updated my BF3 install with a 3.9GB patch last week, I could only assume that I already had the data for the expansion, but with no indication of ownership the system falls short of all expectations (and they are very basic expectations)! 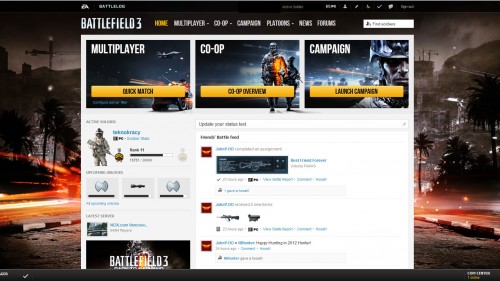 Once you launch the game from Origin you are taken to Battlelog, the web-based system for checking out your friends’ profiles, finding a game to jump in to, or making a party with some buddies and starting a voice chat. The Battlelog system was a bit buggy at first but it seems like most of the bugs have been sorted out.

One neat feature is that the voice chat system doesn’t rely on the game server you join, nor does it rely on the game itself – once you form a party and start voice chat you can keep talking even if you leave the server, close the browser, or (god forbid) the game crashes. Some people have said that Battlelog is why Steam and EA were fighting over multiplayer features, others have said it was about selling DLC in-game instead of on the Steam store, but the irony is that Origin doesn’t work properly with the game, whereas Steam probably would have let you keep your friends and party members in check at the same time

Back to Karkand Map Pack Delivers the Goods 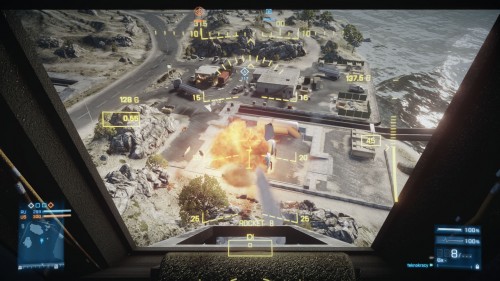 Six weeks seems like a short amount of time between a major release like BF3 and a map pack like Back to Karkand (which hit the market December 13). I can’t remember the last game that released an expansion so soon after launch. Those of us who missed out on pre-ordering the limited edition of the game are stuck shelling out another $15 to add four maps that probably should have come with the game in the first place. Of course they’re very desirable maps – all are BF2 classics.

Strike at Karkand is reborn, along with Wake Island 2011, Sharqui Peninsula and Gulf of Oman. Karkand was one of the more popular infantry/non-air maps of BF2 so its ubiquity at LANs will probably live on for another few years as part of Battlefield 3’s roster

I Love the Sound of Napalm in the Morning 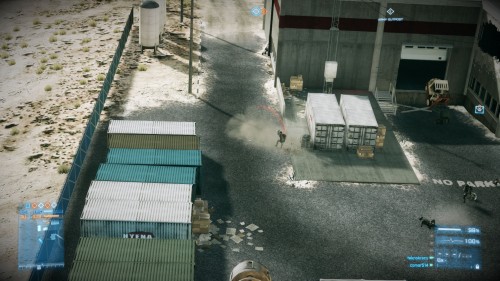 There are many reasons why this game blows you away in the first five minutes of gameplay. Yes, this game is good looking – no doubt about that. But the quality of the sound and music is beyond any game I’ve ever played. Short pieces of grungy, electronically distorted music accompany every victory, and make the single player game a little bit more interesting.

The sound effects and environments are also top quality, right down to hearing your breathing get heavier when pulling a few Gs in the fighter jets. Bullets whiz past your head and explosions leave you almost deaf, and depending on where you are and what you are driving, everything will have a different kind of sound. It’s very realistic and very innovative. One small issue is that engine sounds change strangely as you turn your head in game, which is not quite how it would be in real life.

Still, this is a game that will make you want to upgrade your sound card or headset to something with surround or audiophile-quality output. 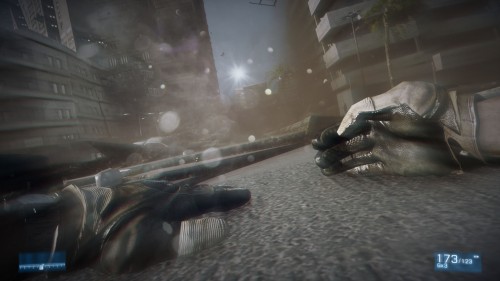 Battlefield 3 is one of the best looking and most entertaining games of the year. Even if online play is hampered by Origin, once you are in a map everything else just fades away as you are taken in to pure eye-candy combat. Though the single player mode is predictable, it’s also very cinematic and adds value to a game that could have otherwise been strictly multiplayer like its predecessors.

I’m looking forward to future map packs and hopefully even a proper expansion to the single player story along with new co-op missions and bigger and better weapons (though let’s not get carried away like the BF1942 “Secret Weapons of WWII” expansion!) I’d recommend this game for anyone who enjoys a good first-person military game, and if there’s anyone in your friends or family asking for a game that really shows off the new hardware they got for Xmas, this is one of the must have titles.

The best part of this game though is that even after three months, I feel just as strongly about this game as I did the first day I played it after launch. If it wasn’t for Origin and its lack of polish, Battlefield 3 for the PC platform would clearly be an Editors’ Choice. I can only bring myself to recommend it at this time.