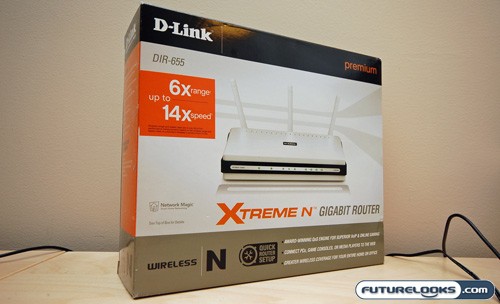 The network router has become as common as the microwave in most households. Especially with such affordable ethernet prices today. These magic boxes have all but become a commodity at our local computer stores, but the quest for more speed and more importantly, wireless connectivity, has led to more congestion on today’s networks.  Throwing bandwidth at the problem is merely a temporary fix as eventually, we run out of it all over again.  That’s why UBICOM and D-Link have gotten together to create a product that addresses congestion on both the wired and the wireless through the power of something called a “StreamEngine” processor.

D-Link’s DIR-655 Xtreme N Gigabit Router gives us plenty of bandwidth with a built in four port Gigabit switch on the wired side and Draft N wireless capability up to 300 Mbps.  They say this is 14x faster than 802.11 G, but by my math, it should only be 5.5x faster (300 / 54…anyways).  It also boasts improved range, up to 6X more range, than regular D-Link 802.11g routers. Getting this range requires the use of one of their Xtreme N wireless adapters, so no Xtreme N on both ends, no Xtreme N range.

There’s one more feature that we need to talk about in a bit more depth and that’s the, you guessed it, UBICOM StreamEngine Technology.

It’s Smarter Than a Fifth Grader…

Although the DIR-655 sports a rather attractive white Apple iPod like finish and burly triple antennas, it’s more than just a pretty router. 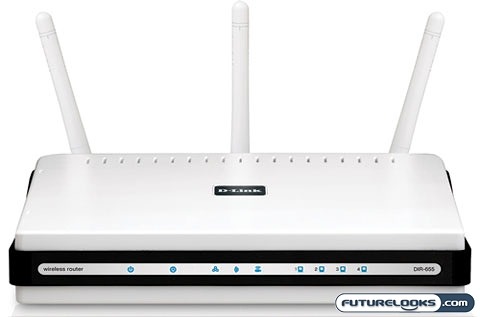 The DIR-655 belong’s to D-Link’s Xtreme N series of wireless routers which feature the UBICOM StreamEngine processor.  This “Extra Brain” if you will, acts like a traffic cop to prioritize and direct time sensitive data. Why is this important? It’s important because let’s just say that you’re in a VOIP call, when all of a sudden, the voice on the other side starts sounding broken up and then drops every few seconds. Annoying huh?  That means that the time sensitive data isn’t getting there on time and this extra latency is killing your conversation.

The processor takes the traffic generated by these types of requests and puts it above your requests for loading up a web page or downloading stuff on your favourite peer to peer network; stuff that doesn’t require high priority. Other things that require high priority and low latency include online games where lagging can really kill your frag count. It’s also useful for streaming video over a wireless network.  Now this isn’t the first time that we’ve looked at this technology.  It first appeared when we reviewed the Hawking Technologies HBB1 Broadband Booster which was no more than a little box that we thought was some snake oil trinket.  But when we noticed improvement in our VOIP phone calls with vs without it, we knew something was up.

Later when we reviewed the D-Link DI-724 Wireless 108g QoS Router, it used an upgraded version of the processor built into the router, but what we discovered was as we added more wireless devices like the Nintendo Wii, Xbox 360, and several laptops, performance started to drop off.  The problem was that although the StreamEngine processor was prioritizing wired traffic, it wasn’t doing the same for wireless traffic.  The processor inside the DIR-655 prioritizes traffic for both wired and wireless and with 300 Mbps to mess around with, it should be a dream team.