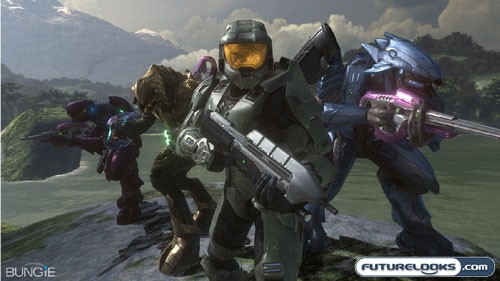 Whether you are a massive Halo fan or someone who doesn’t see what all the fuss is about, it has been pretty tough to miss the hype with the release of the third installment in the epic series. Master Chief is back, and is on a mission to finish the fight. Does Halo 3 live up to the hype and silence the critics? Let’s find out!

With Bungie and Microsoft taking things to the extreme you might expect them to release different versions with varying bells and whistles. You’d be right. The Legendary edition is made for die hard halo fans and includes everything from a “Beastiarum” detailing the different races to a replica Master Chief helmet (that CANNOT be worn!).

There is also a limited edition as well as the regular old standard edition that must grunts will be coveting. With a Halo 3 edition Xbox 360 also available, Microsoft has given you every opportunity to empty your bank account with glee! In fact, they outgrossed Hollywood on every single movie release this Summer. Sucks to be you!

For those who have been completely out of the gaming loop for the last few years, Halo is a futuristic first person shooter of epic proportions. It is set sometime in the distant future when humankind has mastered space travel and has developed colonies. Into this domestic bliss came the Covenant, a group of religious fanatics on a mission to begin “the great journey”. What is this journey you ask? Well apparently there was an ancient race who created a weapon (the Halo rings) capable of destroying all sentient life within *insert ridiculous number here* light years. Still with me? 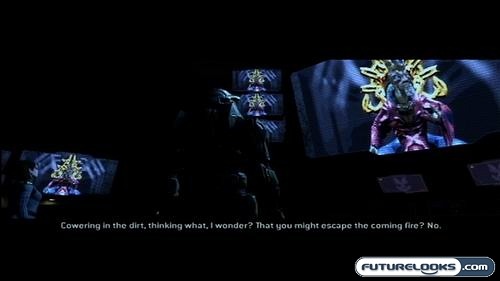 So the Covenant have apparently come to Earth in their final effort to push the button on galactic annihilation. Unfortunately, despite being a giant intergalactic collection of multiple races, no one in the Covenant seems to be able to figure out that they are in fact going to kill everyone (including themselves) if they succeed. If the “Covs” weren’t bad enough, trailing right behind them is the flood. 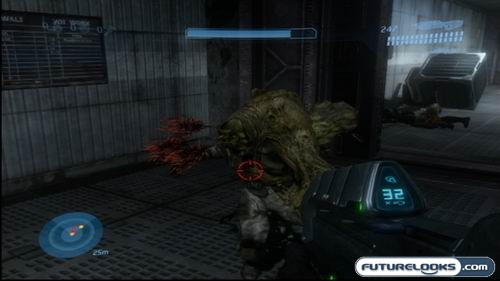 The flood are a parasitic race that infect Humans and Covenant alike and turn them into tentacle beast style monsters (think Borg-Aliens-Bodysnatchers). This enemy, ruled by the ridiculously poetic “Gravemind”, are trying to infect any and everybody they can in their own efforts at galactic domination.

So Who Are You?

You are Master Chief, a leader among genetically designed, mechanically enhanced super-soldiers. As one of the last survivors of the elite “Spartan” force, it is your task to save your AI/friend/closest thing you’ve ever had to a girlfriend Cortana from her captors while wasting the Flood, the Covenant, and anyone else who stands in your way. Oh yeah, and you might have to blow off one of those annihilation Halos in the process.