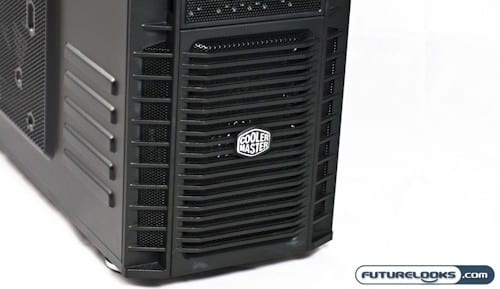 Not too long ago gaming cases used to look like this. Unfortunately, some of them still look like that. In the last couple of years, companies like ANTEC with their Twelve Hundred and NZXT with their Tempest have taken cases to a new happy place. Gone are the flashing lights and bright color choices of old. In their place, we get designs that look tougher, meaner, and most importantly they offer a lot more airflow for today’s hotter running high performance systems.

The folks at Coolermaster have come up with a case that represents this new trend of tough guy gaming cases. In fact, the Coolermaster folks have big plans to make this style of case one of their signatures and will be rolling out a series of new cases bases on this style very soon. Today we’ll be checking out the case that started it all for Coolermaster; the HAF932 Full Tower ATX Chassis.

The HAF932 is a rather odd sounding name, but deciphered it means:

Finally, the HAF part stands for High Air Flow. Still, I would have just stuck with HAF and dropped the 932. If it wasn’t for a quick email to our friend at Coolermaster, I would still be scratching my head trying to figure out what the 932 meant. 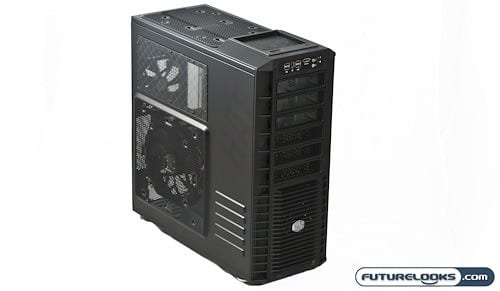 As you can see, the HAF932 has a very rugged looking exterior and is made of a mixture of steel and high impact plastic. When checking out a prototype at COMPUTEX last year, they were still calling it the “Tank Case”. I would have stuck with that name. At least it’s a bit more descriptive than HAF932. You can also make out quite a bit of swiss cheesing around the case especially in the front, top and side case panels. This helps with the HAF part of the HAF932.

In order to live up to the HAF part of its name, the case has two 230mm fans pulling air into the case, one in the front and one on the sidepanel. The one in the front has red LEDs inserted into it while all the other ones don’t get this treatment. Another 230mm fan on the top of the case acts as an exahust fan and there is also a 140mm fan mounted to the back of the case, also for exhaust. All the fans feature removable adapters to allow them to use the motherboard fan headers for power. Unfortunately, there are no filters on any of these fans so expect to be vacuuming or dusting often.

The case is constructed of steel and measures (W)9.0″ X (H)21.5″ X (D)22.7″ and weighs over 29.1 lbs so we won’t be toting this one around to Lan Parties. The lack of security features on this case doesn’t help either. It supports MicroATX, ATX and E-ATX boards (except for Dual Xeon Nocona boards) and you can have any color you want as long as it’s black. The case also uses a completely tool free design with the exception of the motherboard and initial mounting of the power supply which requires you to get familiar with your favourite screwdriver.

All this can be yours for around $179 or less at places like NCIX and NewEgg. More details can be found on the official Coolermaster Product Page.

What Inside the Box?

Besides the HAF932 case itself, you get all the necessary accessories that you need to assemble a system into it from scratch. Coolermaster includes way more hardware than you need to mount your board, just in case you’ve got butterfingers and tend to drop and loose screws. They even include zip ties for tidying up your work.

Highlights include a 5.25″ to 3.5″ adapter, matched to the style of the case, and allows you to mount a floppy or media card reader into the bottom of the six drive bays. An 8 pin ATX extension is also included for those boards with hard to reach power connectors. Rounding out the included extras are wheels that can be mounted in place of the fixed feet.