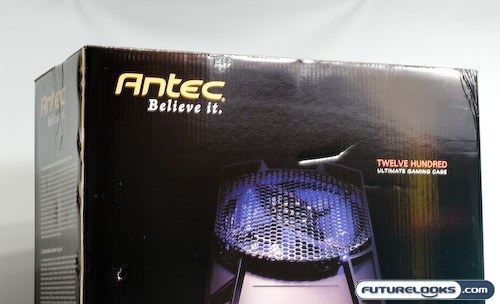 When it comes to computer enclosures, it’s hard not to mention Antec. Known for memorable designs like the original P180 and the recently unveiled Skeletion Open Concept Case, they definitely aren’t scared of breaking new ground, but seem to do it in such a way that the products look just as good today as they would five years from now. Although the company builds very high quality and timeless performance enclosures, one area where they haven’t been particularly aggressive in is the gaming case market. In order to get more serious about the gaming market, Antec follows up the successful Nine Hundred with the Twelve Hundred.

For more specifications and features, go on and check out the product page. After you’re done there, read on to find out how this case performs in the real world. 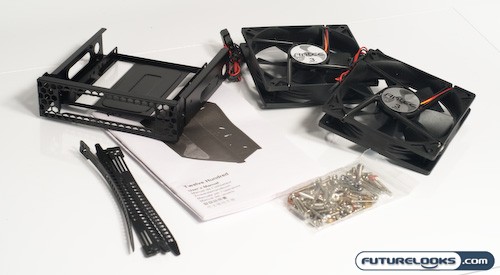 The Antec Twelve Hundred comes with more hardware than you’ll ever need to build up a top notch gaming system. The case does use a lot more hardware than most tool free cases as it isn’t totally tool free except for the generous use of thumb screws. Other finishing touches include a 5.25 to 3.5 inch bay adapter for people that still use floppy drives or it can be used for a card reader.

Antec provides decent instructions for reference and resuable straps for tidying up cables, though I tend to prefer zip ties as they seem to clean up a lot neater despite their single use characteristics. Although our case came with two additional fans, they are not included in regular retail packages, but can be purchased seperately. I do highly recommend them as they are high quality and easy to adjust due to the inclusion of a small switch that gets you from low to high with a click.