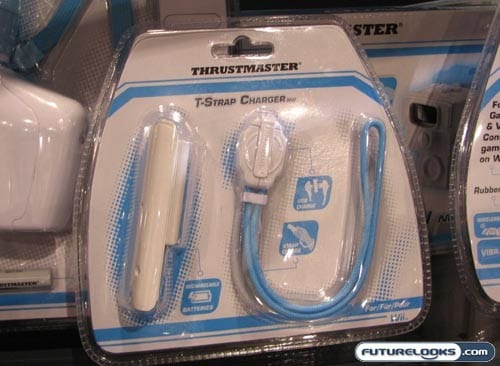 Despite the somewhat strange name, Thrustmaster does have a handful of video game accessories that are worth considering. You may recall my brief review of their T-Fitness Pro Pack NW Wii Fit accessory bundle, for example. At CES 2009, Thrustmaster also had its new T-Strap Charger for the Nintendo Wii. In essence, it is a rechargeable battery pack for the Wii Remote that happens to use the wrist strap as a charging cable. How’s that for convenient? 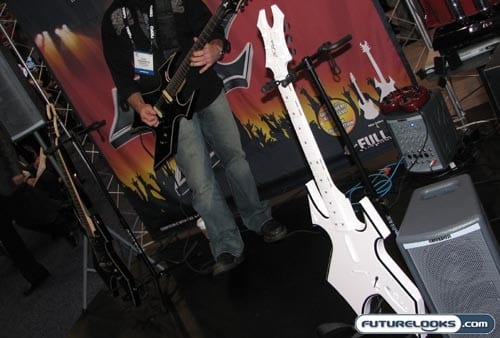 Hopping on over to the dreamGEAR booth, their superstar is the Warbeast wireless guitar for the PlayStation 3. Rhythm games are the hottest thing around these days, so it seems like just about everyone is making instruments for them these days. How, then, does the dreamGEAR Warbeast separate itself from the pack?

Well, one of the ongoing jokes in the industry is about how these “toy guitars” are so much smaller than their “real” counterparts. People who are coming from a legitimate musical background scoff at the size of the guitars that come with these games. The Warbeast is full-sized and it is a true replication of its “real” guitar counterpart, the Warbeast by B.C. Rich Guitars. The controller is officially licensed by B.C. Rich.

It’ll work with Guitar Hero, Rock Band, and Rock Revolution and it comes with usual stuff like the second set of fret buttons on the neck. The current version is shipping black, though dreamGEAR is toying with the idea of a white version as well, possibly for the Wii. No Xbox 360 version is being planned at this point, largely because Microsoft makes it difficult for third party manufacturers to produce third-party accessories for its gaming machine. 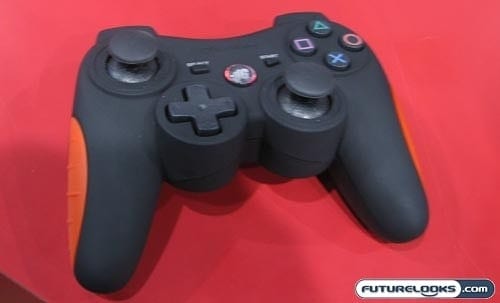 Some people prefer the configuration of the Xbox 360 controller over the one for the PlayStation 3, particularly for first-person shooters. The Shadow Wireless controller gives PS3 gamers a more Xbox-like experience by shifting the left analog stick to the top of the controller and the d-pad to the inner portion, just like on the Xbox 360. The rubber grips and ergonomic trigger buttons add to its value.