Last year at COMPUTEX, I came across a product at the ASUS booth known as the “Stereo X“. My interest in this product led to an enthusiastic conversation with one of the project team members about how excited they were to have a chance to make things right for those of us interested only in using headphones with their systems.

Although he wasn’t sure if it would even make it to market, I assured him that all we were looking for was a high quality solution that was priced right and blew us away at the first note. He seemed very motivated by my words and said he’d keep me up to date on the project. 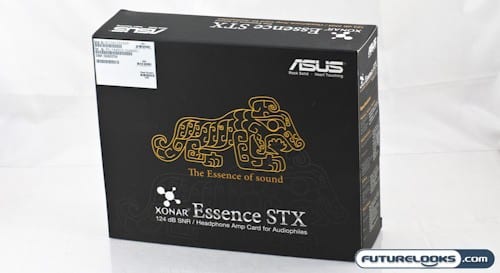 Less than a year later, I got an email from the same team member, Ives Chiu, and he said it was ready. Today, the “Stereo X” is known as the Xonar Essence STX Headphone Amp Card and I have it in my hands. Since I know our friend Ives is a huge headphone nut, I’m expecting the world out of this card and I have a feeling his team won’t disappoint us.

What’s Up With the Lion King? 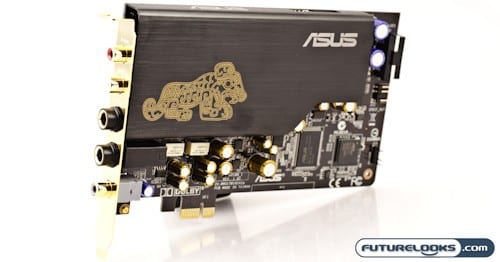 So, what’s up with the Lion King? Well, symbolism is very important in Chinese culture and the Essence STX Team chose a symbol that best represented what they were trying to accomplish. “Qing” the tiger is over 4000 years old and in Chinese Legend, represents mankind’s endless pursuit of the essence of sound. This search led to instruments that not only pay homage to the gods, but also represent the harmony between man and nature. The crystallization of this knowledge became the Chime of the Tiger or “Qing”. Deep stuff, I know.

The Essence STX team committed itself in this spirit to creating the Essence STX. They even gold plated this symbol onto the EMI shield on the card, reminding us that this is truly something special. 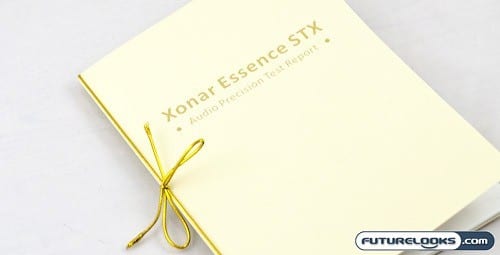 The Essence STX team is proud of this card. It shows because even the machine tests in the audio precision report are dressed like something you’d find as a wedding program. I don’t even think a presidential inauguration gets anything this impressive. Every member of the team is also listed on the last page including our friend Ives. 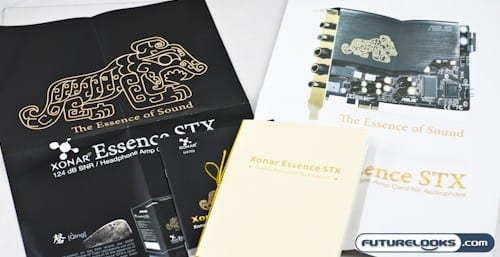 They even included posters so that you can show off your audio geekiness for this card. No, I’m not kidding. They are full sized jobs that you can tack to your walls and I wouldn’t be surprised if every team member had a set at home and at his/her cubicle at ASUS Taiwan HQ. If you’re still single, I recommend that you DO NOT put these up in your room.

As for accessories, it is pretty bare bones. You do get an RCA to 3.5 mm converter for hooking up to a set of powered speakers, a TOSLINK adapter and a headphone adapter to take them from 3.5mm to the standard 6.3mm size. This is rounded out by a software CD and a quick start guide in a multitude of languages.