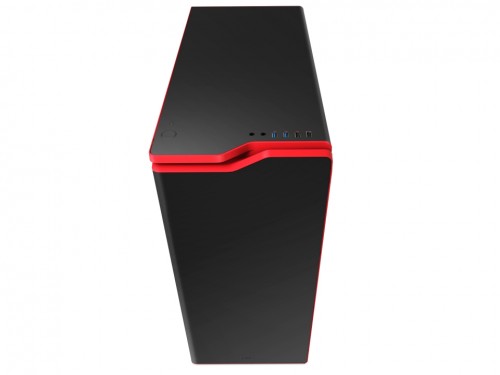 NZXT is out to make a point with their latest cases by going with a much more minimalist approach. While we would normally endorse a “more is better” approach, sometimes the opposite can be just as effective. This year, NZXT is releasing the latest H Series chassis called the H440. It’s equipped with next generation FN V2 case fans and some limited edition goodies as well.

The new H Series took some of our suggestions in the review of the H630 to heart, and went in the complete opposite direction in some other respects. The H440 now has no 5.25″ optical bay, they’ve moved the I/O panel to the top of the case for easier access, and they even added a full view side window. There’s even an NZXT branded shield to hide all your wires and the PSU (similar to the BitFenix Ronin). All the aesthetic changes creates a beautiful clean look internally and externally.

NZXT didn’t stop with just a few cosmetic changes as they also updated the fans with the new FN V2 series. The case comes with one 140 mm rear fan and three 120 mm front intake fans for superior air cooling out of the box. You also have plenty of room for liquid cooling up to the massive 360 mm NZXT Kraken.

You can get your pre-order in right now direct from NZXT Store for $119US in Black/Red or Black/White. The FN V2 fans will also be available as a separate item soon for $8.99US and $9.99US for the 120 mm and 140 mm fans respectively. Expect to see these in the regular channels once they are ready for launch. 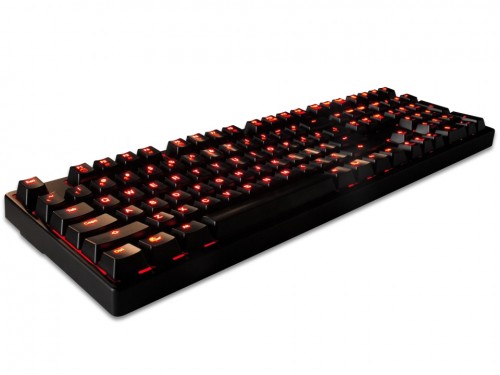 The Shine 3 will be available exclusively on the NZXT Armory Store for $149.99. While the Shine 3 would be a nice keyboard on it’s own, you can’t beat getting these two together as a matched set.

For more information on both new products, you can have a read of the full press releases below.

Introducing the H440 with next generation FN V2 case fans

Los Angeles, CA – Taking the sleek, modern designs of the H series to a whole new level, the H440 shatters tradition to bring you the cleanest PC ever, inside and out.

NZXT has taken a bold step and completely removed the antiquated and often unused 5.25” optical bays to make room for a host of chassis improvements and innovations. Looking through the H440’s massive full-view window will reveal an interior specially engineered to make any build seamless and beautiful.

The H440 is the first case to include NZXT’s next generation case fans, the FN V2. 1 rear 140 mm exhaust fan and 3 front 120 mm intake fans provide an effective and comprehensive cooling solution right out of the box. Supporting both 140 mm and 120 mm fans, the steel top and front panels come Kraken™ ready–fitting radiators up to 360 mm in size to offer versatile water cooling options in a sleek, minimalist package.

With its groundbreaking new interior design, the H440 guarantees a streamlined PC-building experience without sacrificing any of the luxuries builders have grown accustomed to in a high performance case.

Simply put, the H440 provides all of the tools required to create and showcase a remarkably clean system.

Los Angeles, CA – In celebration of the H440 launch, NZXT is happy to announce its collaboration with Ducky Channel to create the extremely limited edition NZXT Shine 3 Mechanical Keyboard.

Available in black/white and black/red flavors, the keyboard features Cherry MX Red switches and an abundance of LED backlighting capabilities.

The NZXT Shine 3 features seven different backlighting modes with user defined dynamic LED backlight areas, allowing you to choose exactly which keys you would like to have illuminated.

The Shine 3 also comes standard with a braided, detachable cable and will be available exclusively on the NZXT Armory Store for $149.99.