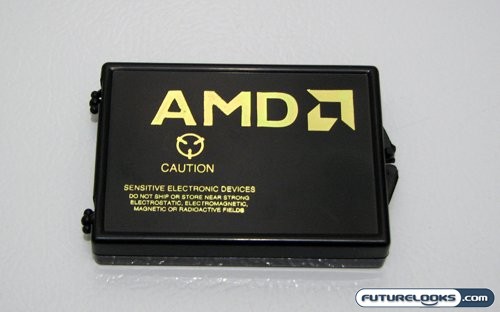 The AMD Phenom faced a fairly rocky start, but the guys in green are trucking forward and have started releasing new processors into the wild. These new chips are of a different stepping, and feature fixes for many of the identified issues. Today were are looking at such a processor, checking to see if these early problems have been truly been fixed.

For those that have checked out our original review of the Phenom 9600 Black Edition, the major issues we outlined was the TLB Erratum fix that hindered performance, and the mediocre overclocking ability for a factory unlocked processor. For information on the Phenom processor, and AMD’s Spider platform. I suggest checking out our 9600 Black Edition review for the beans. 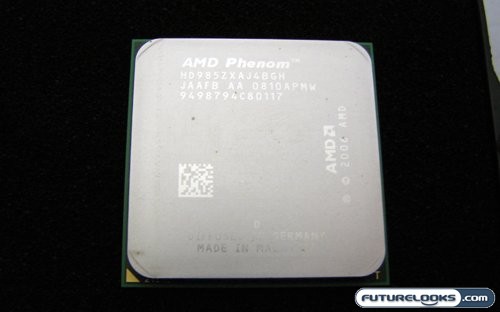 When it comes to pricing, AMD hasn’t quite come out ahead. Our review processor rings in at $209 USD street price. The closest competitor from Intel – the Core 2 Quad Q6600 – rings in at the same price. That being said, the Q6600 is 100MHz slower. The Core 2 Quad Q9300, which matches the Phenom clock for clock, is $269 USD. We’ll have to see how this will translate in the long run, but first we’re going to cut right to the chase and start benchmarking.

To test this latest processor from AMD I simply installed it in my standard test rig, replacing the Phenom 9600 BE that previously resided in the socket. The rest of the specifications for the test rig read as follows:

To perform the tests, we ran a myriad of benchmarks with the CPU set in various modes. We had the Phenom set to TLB Enabled, TLB Disabled, and then we tried to overclock this unlocked beast as far as it would go. As for software, we chose from a variety of synthetic benchmarks, multimedia tests, and real-world gaming runs. All that’s left is to see how those benchmarks pan out, and how good a job AMD has done at correcting the issues with the Phenom.