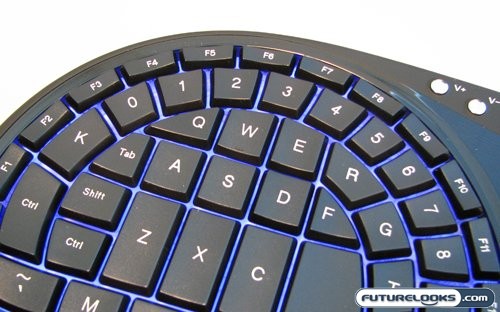 Over and above the added QWERTY keypad, this is the only new feature added to the original Warrior design. That new feature is a blue backlight behind all the keys. This is said by Wolfking to increase visibility in low-light environments. With how bright and vibrant this backlight is, I’m not doubting that claim. From the look of things, this backlight is some sort of large electroluminescent panel. That would indeed explain the brightness, and hopefully prevent the light intensity from fading over time like some other gaming keyboards I’ve used. 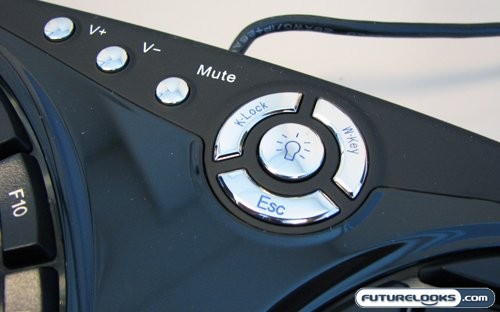 The backlight is controlled in a simple on/off fashion by the large light switch at the top of the Warrior Xxtreme. This button is clustered with a few other function keys, including some audio controls. This cluster includes the escape key (Esc), Windows key, (W-Key), and something called K-Lock. This key locks the K button in the on position, which is used for voice chat in some games. 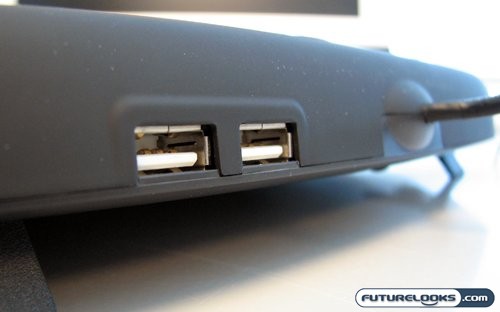 Finally, on the top edge on the Warrior Xxtreme sits two USB ports. This is similar to the Wolfking Warrior, with only the location of the ports having changed.

I had mentioned before that the key configuration on the Wolfking Warrior Xxtreme closely matched, as was geared towards, the default setup used in Counter Strike and it’s various iterations. I might as well come out and say I’ve only even played one hour of CS in my entire time as a gamer. It’s not my cup of tea. Therefore my testing will focus on other games, and how I was able to adapt them to the Warrior Xxtreme.