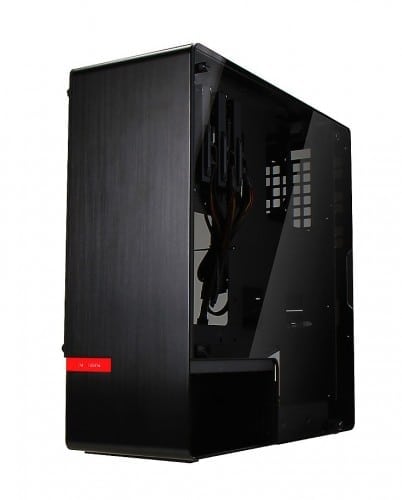 At CES 2014, we had our very first look at the In Win 904 and 901 chassis. And since then, we’ve had a chance to field test both cases at events such as the BCIT LAN Events, and at GottaCon 2014 just this past year. In other parts of the world, the cases have also endured similar torture, being shuttled from event to event. After all this punishment, our cases look as good as they did the day we built them. Even the tempered glass has been standing up well. Of course, there is always room for improvement, so In Win has quietly rolled out a new version of the case simply called the 904 Plus.

The In Win 904 Plus is really just a couple tweaks. First off, the new case comes in a red and black combination (as pictured) that matches better with today’s gaming hardware colors, which was first adopted by ASUS for their Republic of Gamers (ROG) motherboards, and then MSI and GIGABYTE followed. The new color is striking with the unique aluminum finish and tempered/tinted glass of the 904 Plus. We first saw the colors applied to the stunning In Win S-Frame at COMPUTEX 2014, where it really shone with a similar combination of materials. 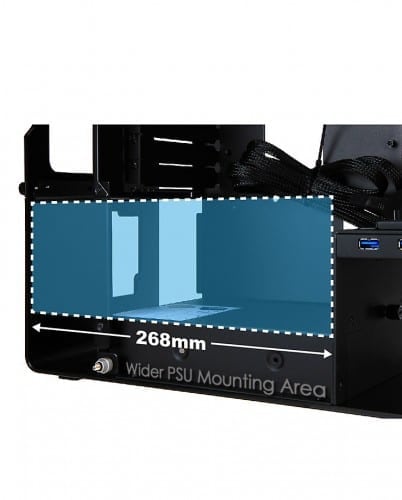 Other than the new color option, and the space for larger power supplies, the rest of the specs remain the same as the original case. We suspect that the pricing will be similar to the original as well because this looks like it will roll in as a replacement. Hopefully we’ll get a chance to grab one to compare against our battle hardened In Win 904.