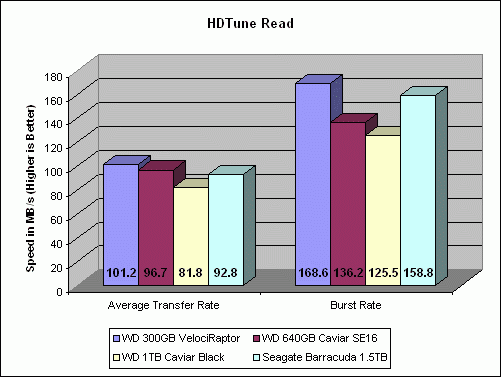 Unfortunately things don’t look so good from the start for the Caviar Black. WD’s drive is slower then all the other drives tested here in both Average Transfer Rate and Burst Rate. This is where factors like aerial density, spindle speed, and platter count can really make a difference. All the drives in these tests have at least one of those as an advantage over the Caviar Black. 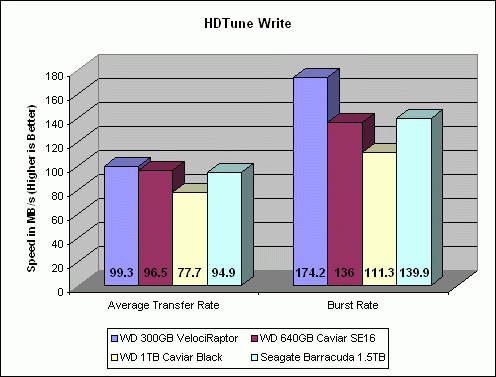 Write testing didn’t faire much better. The Caviar Black continued to be bested by every other drive in our test, posting double-digit performance deficits to the Seagate and WD drives. I re-ran these tests twice to verify the results, and was able to reproduce them with very little margin for error. Why was this occurring? Well as I noted above, the Seagate drive has a higher aerial density, and the WD Caviar SE16 has a low platter count. These two factors make for less movement required of the read/write head, meaning data can be written quicker. 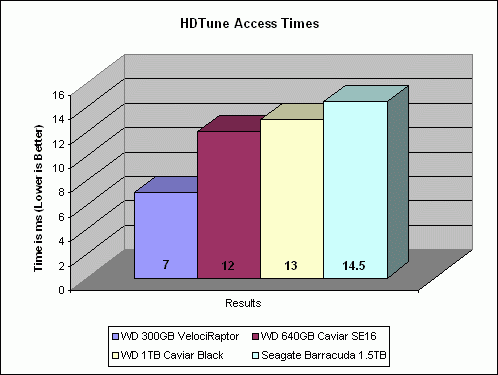 When we tested access times, we were relieved to see that the Caviar Black at least scales in that test. The drive follows the curve one would expect moving from the VelociRaptor to the Seagate 1.5TB drive.

Hoping that things start to look up for the Caviar Black we turn to Futuremark’s latest system benchmark suite: PCMark Vantage. The two tests we focused on were the PCMark composite test and the Hard Drive specific test. Though we are trying to simulate real world use, the myriad of other tests in PCMark Vantage don’t specifically test HD performance. Rather they place more emphasis on CPU and RAM speed. As for the tests themselves, they are synthetic, but they borrow code from real world apps for testing. 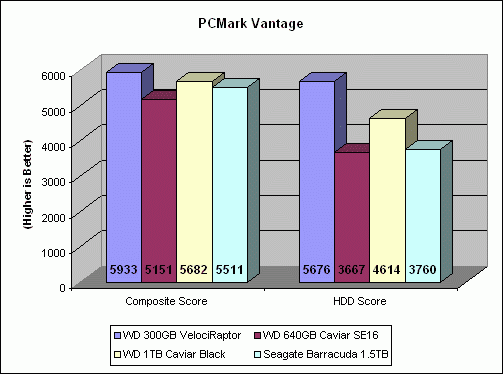