The HFI-680s gives a great impression of quality weighing in at about 285 grams without the cord. This is also means that you’ll have to carry it on your head. Unlike audio components, I do prefer headphones to be a bit lighter weight but I do appreciate the build quality and construction. They should definitely last for quite some time. 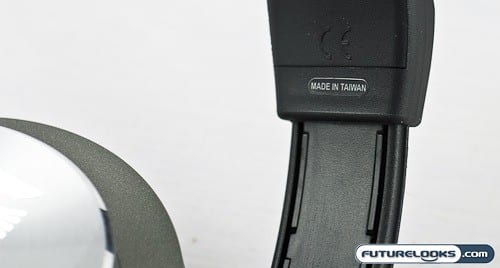 Unlike a lot of other headphones on the market, these headphones are also made in Taiwan, which turns out quite a bit higher quality product when compared to mainland China counterparts. 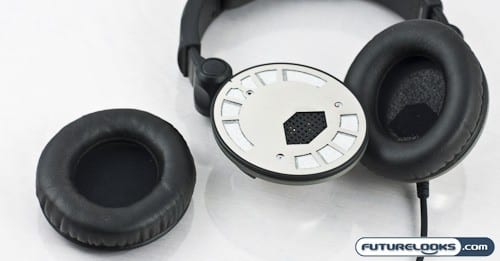 The earpads are replaceable and can be removed with a bit of carefully concentrated effort. A pleather material is used to cover the pads. Once removed, we can see part of the S-Logic technology which is the decentralized driver placement. The outside of these shells is covered with an aluminum machined earcup which lends greatly to the quality look and build of these headphones. 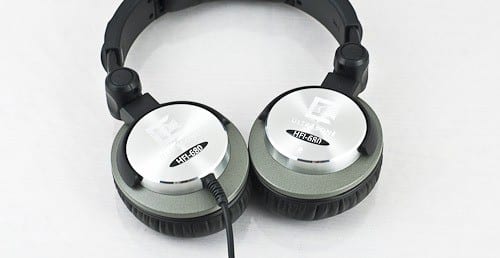 The articulated headphone band features a thick piece of foam in the center, and good clamping force to ensure they stay put on your melon. They are also easy to adjust to fit your head thanks to the adjustments in the band itself and the swivel ear cups that allow you to pack the drivers flat for sticking it into a bag or wound up even smaller to save space.

This is all tethered to your audio source of choice using a rather long 3 meter cord. A gold plated adapter screws on to bring the plug from 3.5mm to 6.3mm securely. Since the cord is not coiled and is not removable, this makes the HFI-680s less versatile because no one wants to drag around a cord this long with their portable music device. I would have liked ot have seen a replaceable cord which would allow a shorter cord while travelling and a longer one when at home.

Before listening to a note, I just tossed the HFI-680s on my head to see if I noticed the added weight and any fit anomalies (or annoyances). I probably spent at least an hour or two doing this. Far too often we purchase headphones without spending enough time wearing them and realize that they just don’t fit our heads and it happens even with the most adjustable headphones.

The added weight was noticeable, and was further compounded by the rather long cord. The longer I wore them, the more heavy they felt. However, unless you have a weak neck, this should not be a deal breaker. I did notice the clamping force of the band being a bit snug. I found gently forcing the headphones open a few times did loosen them up, making them abit more comfortable, but still, they did have quite a grip and I really started to feel that after about thirty minutes.

The articulated ear cups were appreciated and they fit right over my ears without revealing any sore spots over at least an hour of wear. I can’t say that for the outside of my ears as that clamping force was really starting to assert itself at the hour mark. Of course, they’ll never come off, but you’ll want them off if they feel too tight like mine did. 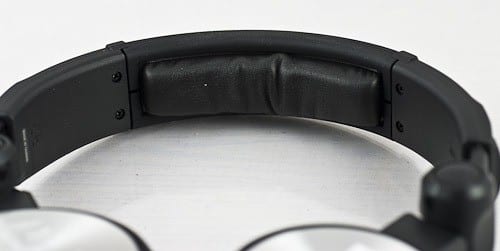 One other fit note was that the band must be placed just perfectly as the unpadded part of the band did tend to dig into my head. The foam piece was just too narrow and didn’t seem to do a good job of distribuitng pressure. Since I have natural cushioning on my head thanks to good genes and a full head of hair, it’s definitely not me.