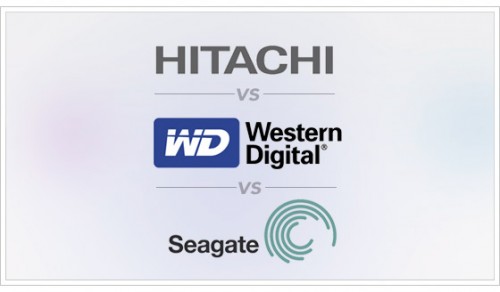 When choosing a hard drive, several factors come into the equation. This is true whether you’re shopping for a new internal drive for your computer, an external drive for backup purposes, a drive for your web server or wherever else you may want to plunk that spinning platter. You’ll want to be mindful of capacity, for sure, as well as the read and write speeds, but perhaps one of the most important factors is reliability, particularly in the long-term.

It doesn’t matter how big and how fast your hard drive happens to be if it unexpectedly dies on you at the most critical of times. To this end, the great people at Backblaze have put together an extensive comparison of the hard drives that they use for their cloud storage needs. They’ve gone through over 25,000 drives, so it’s pretty safe to say they have a good sample size to go on. While some Toshiba and Samsung drives have been used, the sample size is decidedly smaller than the ones they’ve used from Seagate, Hitachi and Western Digital.

The full blog post, which is linked below, goes into far greater detail with a breakdown of the specific drives, but the SparkNotes take-home message is that the most reliable (but most expensive) drives are the ones from Hitachi. If you’re looking at the two biggest mainstream brands, then Western Digital is generally more reliable than Seagate, particularly in the lower capacities.

What drives are you using in your system? What has your personal experience been with long-term reliability?