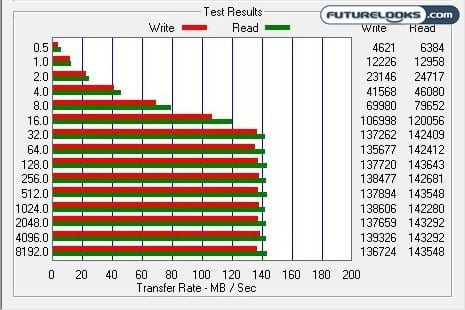 First, we tested the Seagate XT. The results here are still pretty darn good. It’s definitely faster than the retired drives. Let’s look at the WD Black’s results to see if there is a controller issue. 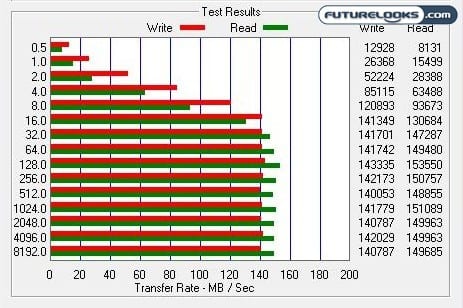 The WD Black isn’t much faster. It seems it’s become a controller vs. controller battle. It just frustrates me to see such similar results and not have a way to further check to see if the Marvel chip is the culprit.

During previous tests with the Western Digital 2TB SATA2 Black, the total system power draw at full spin was about 22 Watts. The drive itself made up about 13 watts of that burden under load which isn’t too bad especially considering the older, now retired 500GB SATA2 drives choked down 15 watts at load.

The Seagate Barracuda XT SATA3 2TB was quite a bit more efficient at full load. The system burden totaled about 20 Watts at spin up, but only needed a lowly 10 watts at load. Of course neither drive is as efficient as the “Green Giant” known as the Western Digital Caviar Green 2TB (WD20EADS) SATA 2 Drive which in our testing showed load numbers of 9 Watts.

Acoustics between the two drives are nearly identical. At roughly 14dB at their worst, no one is going to hear it when inside a decent computer case. At the same time, there was no noticeable vibration over what is already present inside a computer enclosure. Of course, a quality enclosure will help with dampening noise to the outside world. Your mileage may vary with cheaper cases on the market.

We know you’re probably just as confused as we are by the results. Shouldn’t the SATA3 drive with 236MB/s Burst Rates be faster? Let us attempt to explain. 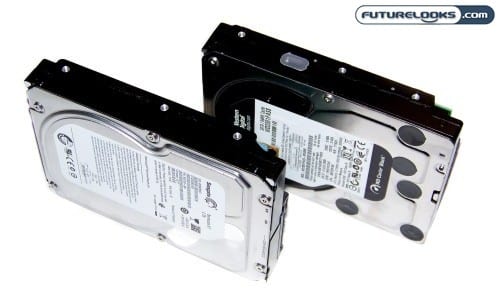 Hard drives do their best work when coupled with a good Storage Controller. In this particular instance, the Marvell Controller on our test board and/or even the drivers could very well be holding the SATA3 drive back. Unfortunately, we haven’t found any controller cards to put that theory to the test as of yet. When we can acquire one we’re going to give the Seagate 2TB Barracuda XT another shot.

As it is right now, the two monstrous drives are basically in an even race based on real world averages. Burst Rates and CPU Usage are well in favor of the XT which further stems our curiosity for better drivers or a better controller. But, we also get a glimpse as to how dependent these hard drives are on the 64MB Cache in order to keep transfer rates up. It makes you wonder if we can expect to see larger memory caches in the future to further improve performance.

Fortunately for us, the prices haven’t gone up just because it’s “new tech”. Expect to spend the same $299.99 for the 2TB Barracuda XT SATA3 drive as you would any other 2TB SATA2 hard drive on the market. So, you see, it’s not all disappointing news. Not to mention, once the controllers or drivers catch up, you can expect a bit more of a performance boost down the road.