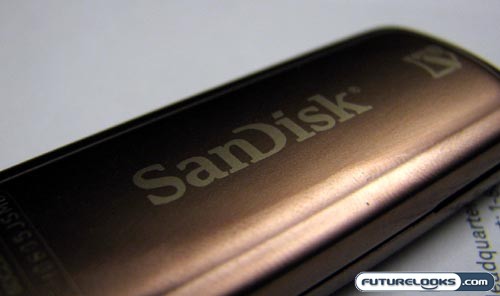 SanDisk has long since upheld its strong reputation for making good flash memory products. In fact, SanDisk holds the patents to a number of flash memory technologies, so it makes sense that the company is also known for making some of the best stuff on the market. In particular, the Cruzer line of USB flash drives has always served me well and SanDisk recently released the newest addition to this family: the SanDisk Cruzer Titanium Plus.

Although my original SanDisk Cruzer Micro is on the plasticky side, it is still one of my favorite thumb drives. It’s just the right physical size and it has a great slider mechanism. No more lost caps.

Improving on this tried and true formula is the SanDisk Cruzer Titanium Plus. Yes, it’s got a great titanium metal casing, but the real story here isn’t the physical drive itself; it’s the automatic backup system that comes with it. Among the feature list, you’ll find the following:

Today, we’ll be putting the 4GB flavour through its paces. Let’s see how it does. 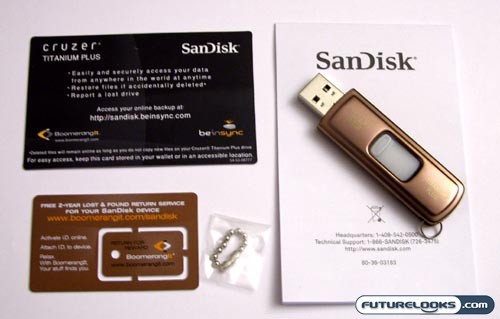 The contents of the packaging aren’t terribly exciting, but you wouldn’t really expect them to be. You get the drive itself, a user manual, warranty statement, a service tag for the BoomerangIT service (looks like a SIM card), and a plastic ID card to remind you of the backup service. 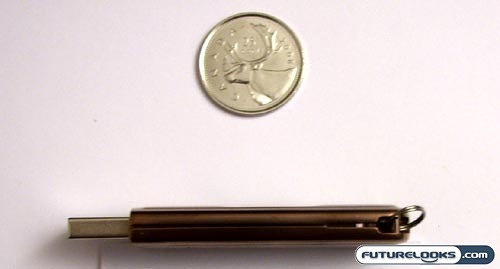 The main complaint that I had about the original SanDisk Cruzer Micro was that the plastic case felt pretty cheap. SanDisk addressed this issue by introducing the Cruzer Titanium. It was basically a metal version of the Cruzer Micro wrapped in a light and durable Titanium casing. The new SanDisk Cruzer Titanium Plus is once again wrapped in this magical metal alloy, but instead of silver, it’s a polished brown. It’s almost bronze-like. This adds a touch of personality and class to an otherwise mundane product.

The build quality is very good, but it is interesting that the white slider mechanism is still plain white plastic. Seeing how the entire body has been wrapped in titanium, I would think that SanDisk would do metal for the slider as well. Then again, the slider also serves as the access light so in hindsight, the material is appropriate.

Overall, I’m quite pleased with the physical aspects of the Cruzer Titanium Plus. It’s that perfect size that isn’t so small that it’s prone to being lost (or broken), though some people may enjoy thinner drives more.