In order to achieve that 30mm profile, certain sacrifices had to be made on the Samsung SyncMaster P2370. It’s still perfectly functional as an LCD monitor, but some changes had to be made to the conventional design to make this unit so much slimmer. For starters, there is no internal power supply.

While nearly all other LCD monitors only require a power to be plugged into the back, the P2370 comes with a power brick, not unlike the one that accompanies the Xbox 360 or your laptop computer. This power block is then connected to the power cable that plugs into the wall. This isn’t a huge deal, I suppose, but it does mean that you’ll have an extra block to deal with. 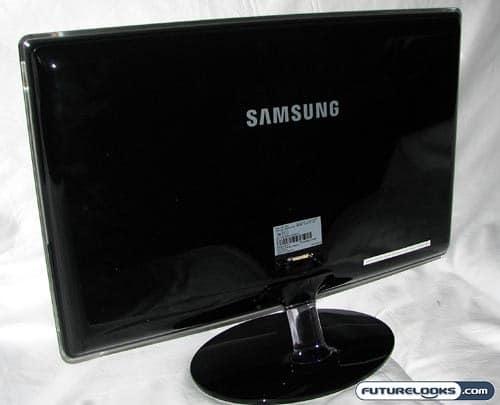 Continuing with the sacrifices, you’ll find that the back of the P2370 is surprisingly minimalist. There are no multimedia speakers here, for example, nor is there an integrated webcam or USB hub. It’s a monitor and a monitor only. Further still, you’ll find that it gives you just a single input option. It’ll accept a standard DVI-I connection only.

This likely won’t be too much of an issue for most desktop users, but the vast majority of mainstream notebooks only offer VGA output. Looking to something like the Samsung SyncMaster T220, you can choose between VGA and DVI. Some monitors will also give you an HDMI option. The P2370 does not.

Naturally, you can invest in an adapter to use your VGA cable (some retail SKUs of this monitor may include a VGA-to-DVI cable), but this represents an extra hassle that is largely unnecessary. 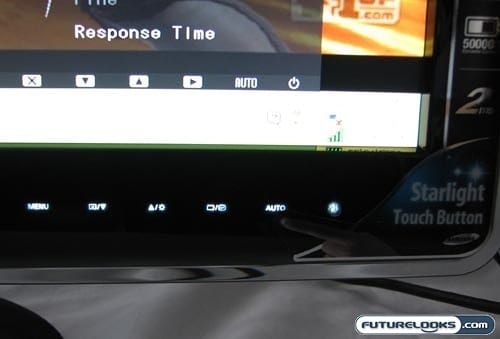 As a stylish piece of technology that’s meant to fit in the ultra-chic homes and offices of the contemporary world, the SyncMaster P2370 comes with what Samsung calls Starlight Touch controls. Rather than having physical buttons mar the sleek appearance of this monitor, you get touch-sensitive controls that light up along the lower-right corner of the bezel. These “disappear” behind the piano black finish when the LCD is turned off. This design cue looks great and it adds greatly to the minimalist approach of the Samsung P2370. 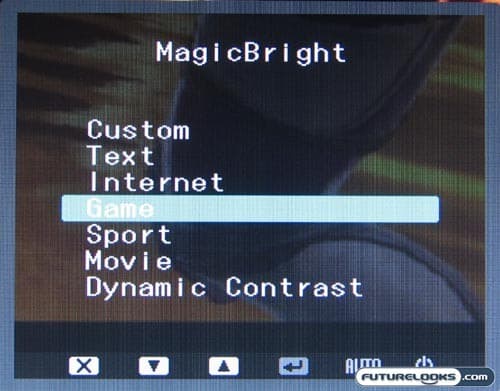 Navigating through the on-screen menu using these touch-sensitive controls is relatively easy and familiar. You can adjust the LED backlighting, contrast, saturation, and other standard settings. You also gain access to the MagicBright, MagicWizard, and MagicTune features for some automatic adjustment. There are pre-set configurations for text, gaming, Internet, and so on.