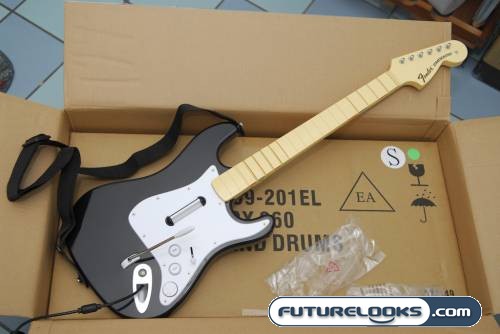 The mechanism behind the Rock Band guitar is much the same as that of Guitar Hero. There are five main fret buttons and then a strum bar, getting you to play chords in time with the music on the screen. Two additions found in Rock Band that aren’t available on Guitar Hero are the extra set of fret buttons closer to the body of the guitar and an effects switch that gets you to change between different styles of guitar play. Realistically, both of these features got limited play from me and added no value.

This is largely a matter of personal preference, but the strum bar on the Rock Band guitar doesn’t have the same “click-clack” as the one for Guitar Hero. Instead, it feels “softer” and made for quite a different experience for me. I personally prefer the clack of the Guitar Hero peripheral, because it helps me to keep in time with the music. 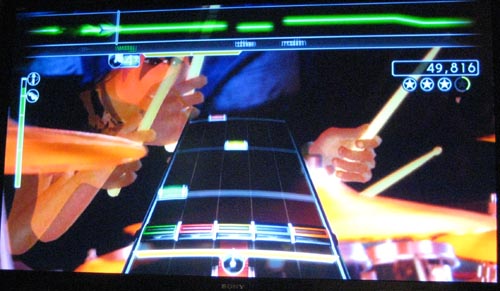 They’ve replaced Star Power with “Overdrive”, which works in much the same way. Many songs also include a “solo” portion for the guitar and you get a bonus based on the percentage of notes hit during this time. Some songs will also have an “ending bonus” where you can freestyle to your heart’s content, provided that you hit the critical last few chords at the very end of the song. I should also note that all the notes on the screen (circles in Guitar Hero) are horizontal bars. Again, a personal preference thing. 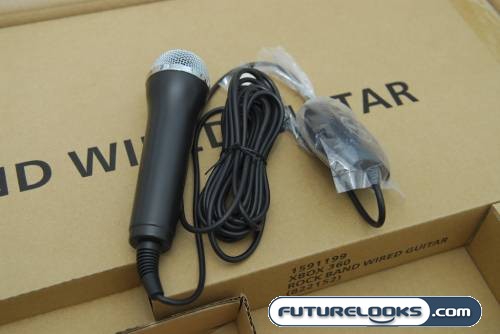 Harmonix is also the name behind the Karaoke Revolution series of singing songs, so the mechanic used for the Rock Band’s microphone is much the same. Lyrics stream across the bottom of the mic portion and your goal is to match both the pitch and length of each syllable. This doesn’t allow for very much interpretation and freestyling, but it really is the only way that a singing-based rhythm game can be played.

In addition to singing, there are sometimes sections where you tap on the microphone… sort of like when a singer taps on a tambourine or claps in rhythm with the song. I’m a pretty bad singer, so some of my best performances were during monotone songs (Creep by Radiohead) or those that involved rap (Sabotage by Beastie Boys), the latter of which involves no pitch whatsoever. 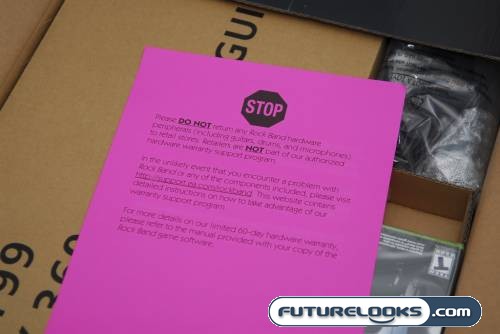 Then again, there have been several reports that the microphone doesn’t register properly for whatever reason and that’s why EA has included a pink sheet with every unit shipped, reminding buyers that they have 60 day warranty on hardware. Any USB microphone will work, including the official Xbox 360 headset, though.