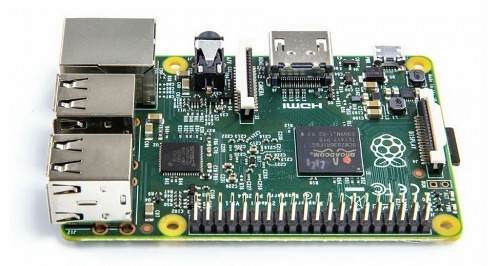 The UK has already proved itself to be quite a bit more evolved than the rest of us colonials this week. Some children in the UK will be learning to build their own computers thanks to the new Kano DIY computer kits, that sell for around $149 US, and were original part of a crowd-sourced project to get more kids to code. While all of them will be learning to code, as part of curriculum changes.

While the region has been at the front of technological breakthroughs in the past like the Internet (thank you Tim Berners-Lee), there really hasn’t been a single product that told everyone that the British do computer stuff too. Sure, Jony Ive touched a few things in Cupertino, but we’re talking real British ingenuity.

The first Raspberry Pi computers started rolling out in 2012, and were immediately picked up by enthusiasts. It didn’t take long though for the educational institutions to find out about it though, where a whole new generation will learn to code, and create new hardware and capabilities for it. It’s even being employed to power machines in industry. Remember the Kano we talked about earlier? It’s brain is actually a Raspberry Pi!

While the original “Pi” has seen small revisions, the latest revision, the Raspberry Pi 2, will see a six times performance increase, while still maintaining that sub $35 price point. The goal of the new Pi 2, will be to make it a better general purpose computer. In fact, they are teaming up with Microsoft to bundle it with Windows 10. Early sales are already around the 500,000 unit range since February 2nd, when the new version was released for sale.

With Windows 10 onboard, and Raspberry Pi 2, I’m sure the “Pi-Top” might actually be an interesting, and useable, notebook alternative.